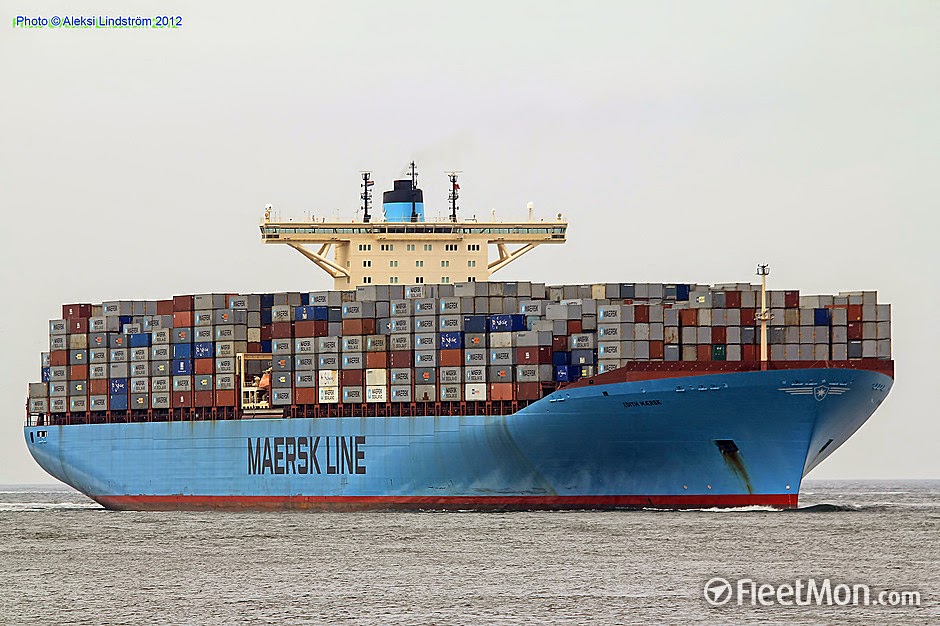 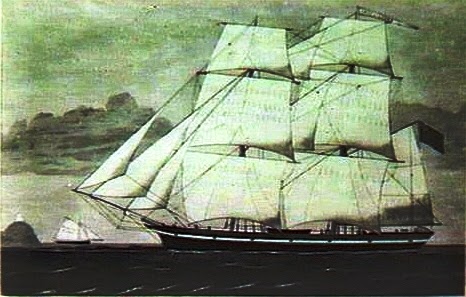 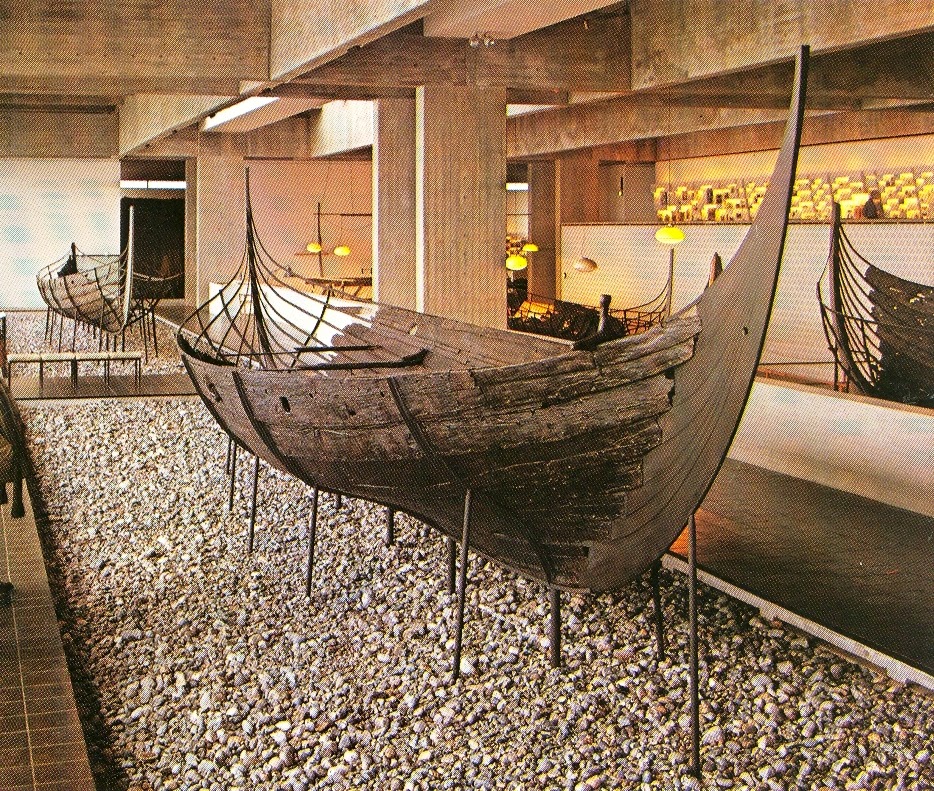 Above are pictures of three vessels.  One is the new "Edith Maersk", registered at Roskilde, Denmark, a place once used by Viking longships, and one of the biggest, if not the biggest, cargo ship in the world.

It is said to have a crew of 13. The "Edith" will certainly require and have a number  of shore based back up staff monitoring and advising but limited in numbers.

The second is the "Lady Lilford", 1838-1851, which for a period was in the hands of a Master Mariner ancestor, who did well out of it.  We wish that one or more of the Kashmiri shawls he imported had been kept in the family.

By my highly advanced rule of thumb on the back of an envelope calculations, it would need 285 or so "Lady's" to shift the same amount as that of the "Edith".

This would mean not just 285 Masters and 285 Mates etc. but a total crew count in the order of 8,500 according to my recorded crew lists.

As for, third, a Viking longship now preserved at Roskilde in Denmark, by the same method of calculation you might need over 1500 to 2000 or more vessels and say between 60 and 120 thousand men.

On the other hand if consumer demand does collapse in the near future we may not need any "Edith's" at all.