Tales Of The Unexpected 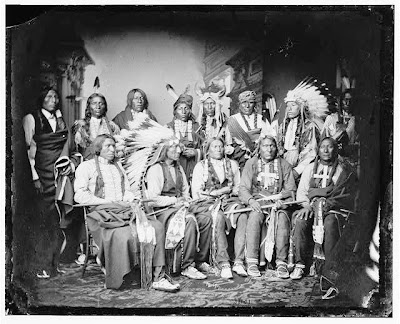 You may already be bored with the Wikileaks fuss. Had you rummaged around diplomatic documents of the 19th century you would not find much different. In 1882 over the Egypt crisis the Foreign Office were saying very different things to different people. Look where that got us.

What is more to the point is the nature and scope of the decline of the USA, why and the situation is. If you have time to spare this one says a great deal that you do not hear about in the media.

Also, there is the ongoing debate about migration. The UK position at the moment on the whole is misinformed, subject to too much dialectic and too little thought.

The whole business of demographics, migration, population change and DNA is far more complex than we think and was so in the past.

One migration tale is that of Roman Legions who were said to have left their descendants in a corner of north eastern China.

This article takes a more complicated and wider view. The story is a nice one but the truth may be a lot more difficult. The article is not long and clearly written.

What lies behind all the movement etc. is not simply shifts of power or economic migration of the modern type. There have been geophysical and climatic causes, famines, epidemics and the growth and decline of population groups.

Why should these two be linked? Because the USA could be at the start of a real migration crisis; both from within its borders and from outside.

As the science of genetics progresses it can investigate DNA in greater depths to discover more about human development.

Apparently, in Iceland they have detected in a small number of people a trace of American First Nation ancestry which cannot be Inuit, estimated as occurring about 1000 years ago.

Could Thorfinn Skullsplitter be related to Geronimo? Do I recognize some of the faces in the picture above?