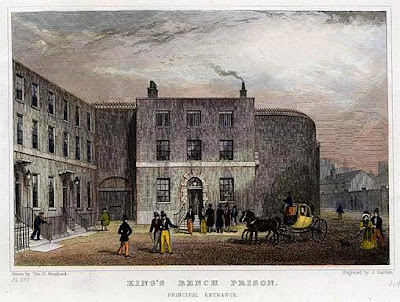 Who needs enemies with friends like these? Last night, Thursday 11th, I tuned into the C4 Durkin programme on the £4.8 trillion debt I and my family owe to anyone and everyone hoping for a real and full explanation of what it all means and how it has come about.

There was certainly some of that. The £4.8 figure was put across as well as the wide eyed ignorance of Members of Parliament who did not know the difference between Deficit and Debt. Where on earth where all their Nannies?

Did they not tell them that if you spend all the pocket money on sweeties and then borrow to buy more then sooner or later there would be no sweeties to be had?

It is always possible to steal the money. The programme did set out to show that reducing the value of money and so real debt liability by inflation was a form of theft. Also that holding interest rates down to a level that eroded the real value of savings was a way of stealing from the responsible to reward to irresponsible.

But it did not follow this through. There was another opportunity lost when Durkin was using a running bath to demonstrate how debt rose and how the “cuts” were not cuts but simply an inadequate means of limiting debt growth.

As major areas of our debt are the unfunded pension schemes of many public sector workers that are hopelessly in deficit on current arrangements perhaps this was a scary situation too far and too sensitive.

Having made some useful points and introduced a number of real issues the programme then ran off the rails. It was the familiar British weakness of running abroad to seek the answer to the current great question. Call it the Holy Grail Syndrome or the Magic Potion Solution if you like.

It was Hong Kong that was put before us as the answer to all our problems. Eh? The former colony we gained in The Opium Wars? What is Hong Kong now? It is a fiefdom of a highly authoritarian communist regime that has embarked on headlong expansion which incidentally hugely increases the rate of resource depletion on the planet. Sweeties today and not tomorrow, in short.

The mega growth of Hong Kong in the last generation was put down to the wit and wisdom of a former colonial financial secretary, John Cowperthwaite, who during the 1960’s and later insisted on a particular low tax and low public spending regime that is said to be the basis of its current prosperity and wealth.

However, that much of this arose from sweat shop labour during a period when the financial authorities in the West had gone in for a massive debt driven consumer boom, run down their own industries to stoke up financial services and with governments fiddling their own and all their agencies accounts to deny debt was not mentioned.

Nor were the tax haven activities sucking in money and wealth from abroad at the expense of Western taxpayers. Hong Kong is an integral part of the merry go round that has reduced so much of Africa to poverty, evaporated so much real wealth and has funded criminal activities across the world.

We were shown pretty pictures of the bright lights, the shopping and fashion quarters and were the money was being spent. We were not shown the real slums or for that matter the forced labour camps of so much of industrial China. There was no hint of just how unsustainable all this will prove to be in the foreseeable future.

In the UK we have to accept what our real problems are, realise that our problems are not the same as others and deal with them in our terms and for the well being of our own peoples. This is hard work. It is difficult.

It is much more media friendly to be galloping about claiming to have found the answer here or there or in this or that place than saying to people this is going to hurt you more than it hurts me.

If Durkin had given the last part of the programme to rubbing our noses in our own dirt and telling how we, and we alone, were going to have to sort it out then he will have done a service. All he did however, whilst making some points, was leave us all thinking the answer was out there somewhere.

One thing for sure, it isn’t in Hong Kong.
Posted by Demetrius at 12:54