That Squeak Is Getting Louder 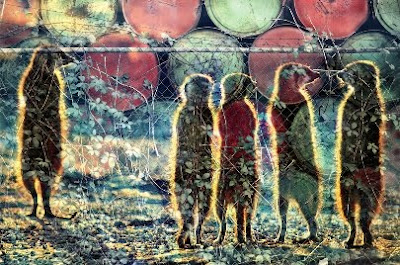 One of the mantras trotted out by those who dislike any of the changes in progress in the UK is that if something might affect the “lifestyle” options we have then it is impossible to contemplate.

They seem blissfully unaware that we have had a five to ten year hiatus at least in addressing many very difficult and complex matters and in working out policies and making decisions to try to deal with what might happen either sooner or later.

Any of these is likely to impact to a greater or even greater degree on the lifestyle we have been conditioned into thinking is necessary and is there for the taking for all time. There is one major issue where it is possible that some change is imminent and it is very difficult to work just what, when and how.

It is the question of oil supplies and in particular whether “Peak Oil” is now or a very soon issue and what the implications are. On the Oil Drum site this week there was a post where an expert has tried to reduce the matter to its essence in terms of simple logic. It is set out below.

If oil supplies cannot increase at the same rate as population increase and the inherent demands for basic and other consumer products then something has to give. The suppliers may turn up the taps in the short term to profit but this will mean a bigger crash later.

On the other had if supplies are conserved and we try to eke them out in a way more related to key needs then the worse could be deferred for some time. As much of modern food supplies depend on petro-chemicals for large scale agricultural production including fertilisers, processing, distribution and packaging this matters.

What is flummoxing many experts is what will happen to oil prices. It is not clear and depends on overall consumer demand in many areas that are difficult to estimate. There are some pretty ideas that this or that will overcome the issue but the chances are that they will not be cheap or convenient or enough.

The author suggests that the essential problem is politicians and the way they both make decision and handle issues. As Washington DC in the USA is a key place in all this recent history of decision making there is far from encouraging. In the UK we do not like making decisions. In the EU it is almost impossible to make any rational decision.

Dr. James Schlesinger gave one of the keynote talks at the recent ASPO-USA Conference. Dr. Schlesinger comes with a wealth of experience: He was the first Secretary of Energy, from 1977 - 1979.

Prior to that, he had been Chairman of the US Atomic Energy Commission, US Secretary of Defense, and Director of Central Intelligence.

Thank your very much. Between us, I cannot emulate the erudition that was displayed at the last session.

But I am delighted to be here nonetheless, and I hope you share that. May I start with a bromide.

A resource which is finite is not inexhaustible. If you think that over, it should not be a revelation. That was a bromide; some people think a keynote should never rise above a bromide.

Some five years ago in Italy, I concluded a talk by saying that like the inhabitants of Pompeii, who ignored the neighboring volcano Vesuvius until it detonated, the world ignores peak oil at its peril.

Two years ago, in addressing ASPO, in Cork, Ireland, I argued that the "Peakists" had won the intellectual argument, except for some minor details about precise timing, but that, by and large, everyone recognized that there were limits on our capacity to increase the production of crude oil, as we have, steadily, since World War II.

That Peakists were no longer a beleaguered minority, that they had won, and that consequently, they should be gracious in victory.

There is an old Spiritual that is relevant here, the walls of those who doubted the peak, seemed to be impregnable. Nonetheless, you marched around the walls seven times, and then blew the trumpets, and the walls of Jericho came tumbling down.

But acceptance by knowledgeable people is not enough.

The political order should respond. Nonetheless, our willingness, let alone our ability to do anything serious about the impending inability to increase oil output is still a long way off.

The political order responds to what the public believes today, not to what it may come to believe tomorrow. It is also resistant to any action that inflicts pain, or sacrifice, or those who vote.

The payoff in politics comes from reassurance, perhaps precluded by a rhetorical challenge. Still, the challenge is clear, in both logic, and in the evidence.

Let me start briefly with the logic:

Secondly, you cannot produce oil unless you first discover it, a contribution by Colin Campbell.

Third, a resource that is finite cannot continually have its production increased.

What is the evidence? First, we remain heavily dependent on supergiant and giant oil fields discovered in the 50s and 60s of the last century. (I might add, of the last millennium.)

Only rarely in recent decades have discoveries equaled production. Mostly, it has been one barrel discovered, for every three barrels produced.

Second, old super giants like Bergan in Kuwait and in Mexico have gone into decline earlier than had been anticipated, and going into decline have been Alaska, and the North Sea, Western Siberia, and the like.

Third, while it is not yet twilight in the desert, as you may have read, still, we are well into the afternoon, even in Saudi Arabia. Even the Ghawar oil field is increasingly hard to sustain.

Fourth, in 2004, we experienced our first demand-driven price spike, as opposed to the previous price spikes, driven by supply interruptions. We still operate at about the level of production capacity of 2004.

Next, given projected decline curves, running from 4% to 6%, and the projected increase in demand during the next quarter century, we shall require the new capacity equivalents of five Saudi Arabia’s.

Even the International Energy Agency, which previously had been sanguine, now suggests that we can no longer increase production of conventional oil in the course of this decade. Note that it is conventional oil. That is all that Hubbert talked about.

Somewhat disingenuously, the debate has been turned on him, by talking about fuel liquids in general, throwing in tar sands, heavy oil, coal liquids, oil shale, and so on.

But clearly, large conventional oil production is increasingly no longer part of the future, unless there is a technological breakthrough, which Mr. Gilbert talked about just a few minutes ago, raising the ultimate recovery rate from existing fields, which at this moment we cannot expect.

Of course, there are uncertainties, which make timing predictions with regard to the peak risky: Iraq, which has been held back for a variety of reasons, may come along as one of those five new needed Saudi Arabia’s.

Offshore Brazil and offshore oil elsewhere are promising. Shale gas, which is apparently coming in abundance, but is not of course oil, may somewhat alleviate the pressures on liquid fuels.

But in general, we must expect to get along without what has been our critical energy source, in expanding the world's economy for more than half a century.

Can the political order face up to the challenge? There is no reason for optimism.

The political order, which abhors political risk, tends to rely on the Biblical prescription, "Sufficient unto the day, is the evil thereof."

Thank you very much.

So time and growth, like the oil, may be running out. And in Westminster all we have is the political kiddies shouting at each other about lifestyle choices.