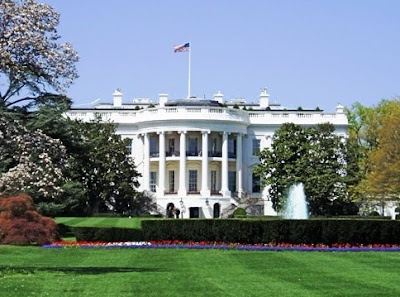 In the last three days we have received 4,892 telephone calls from 10 Downing Street in London, England which have been of PISS interest. We judge that the present lead political figure in the United Kingdom (you will know it as Britain or England), Mr. Gorgon Brown is keen to meet you early in your term of office.

He is the head of the English Labour Party and currently termed Prime Minister as that party holds a majority in Parliament (a primitive form of Congress that has limited function). This means he runs the country, but is not Head of State, who is The Queen, this will be explained in full later.

He is from the Scotland part of England of which London is the capital. The Scotlanders take pride in being different. From the USA point of view this is bad news. They make whiskey having stolen the recipe from Tennessee before we were able to establish intellectual property.

London does not take its name from the London’s you know in Texas, Ohio or Kentucky but a case has been made that it is the other way round. It would be wise if you were to concede on this point in any negotiation.

There are a number of matters outstanding in the USA connection to the UK that do need attention. There is the war in Afghanistan, also Iraq in respect of which the USA’s earnings ratio on capital invested are in dispute, maybe Iran and a few other places. Given present UK policy they could start a new war anytime anywhere.

There are trade disputes, the collapse of world trade, the financial crisis which began in London (Goldman Sachs will brief you on this) and our mutually hopeless levels of debt but the chief matter for Brawn will be to be seen to be a good friend in as many photo shots as possible because he is facing election by 2010 at the latest.

That being the case he will concede almost anything for a good media response. You do not need to spend a lot of time on this; our photoshop operators will cover most of the ground. He has claimed to save the world but we do not need to involve in this either because of the potential downsides.

There are a lot of them. There is strong evidence provided by Google that anything that is either approved or supported by Broun will suffer disaster or catastrophe within a limited period. The list is astonishing. The most striking feature of this and an indication of his personal capability is that his attention to detail is overkill in the fullest meaning of the term.

As with most other world leaders you must expect him to be evasive, untruthful bad tempered and prone to hissy fits without warning. We recommend that you just smile and speak softly and a punchbag will be made available for private use in your office afterwards.

So his communication skills are not good. These have been taken in hand by the Dowager Duchess of Kinnock, Glenys, who was once a teacher of remedial children and therefore fully qualified to assist British politicians in simple tasks, like claiming expenses.

In the election sometime in the next year Bruno will be opposed by the Preservative Party led by a David Kamerad, according to reports in the Wall Street Journal. They will fail because he is a no hoper and will be replaced.

Our analysts suggest that the only member of his party likely to command strong support and respect by late 2010 will be an Ann Noreen Widdecombe. We are working on this.

In any dealings with this rogue state and its leaders it is imperative that you continue taking the PISS.