The Young One Returns Then Retreats 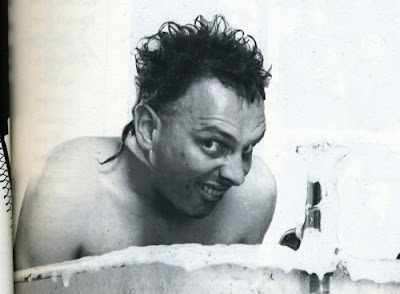 The Lord Young fiasco had my hackles rising. It may be that Dave had to put up with this person or that person for the sake of having them under supervision inside rather than causing trouble outside (see Lyndon Johnson’s famous analogy).

It may be an error of judgement to appoint him made to pay off old favours. Some of us remember Lord Young in the 1980’s. The memories are the stuff of nightmares. Indeed he brought solutions to Mrs. Thatcher rather than problems. The trouble is that they were the wrong ones and often disastrously costly at that.

There have been politicians down the ages who have made policy on the hoof if only to keep the critics and rebellious peasants quiet. The consequences were rarely good. Young came up with populist wheezes that looked good in the media and could be used to bury or at least disguise bad news.

He certainly made a place and a name for himself by doing so. But he created a template for later governments that turned almost the whole business into one unending media stunt. His way of working led to all the introverted secretive spin doctor short termism and slapdash legislation and financing of the present.

I have not forgotten that “wonder scheme” that gave our region £15,000 a year for a special whizz bang project as an offer none could refuse. The on costs around the region to sort and apply it came to £100,000+ a year that continued after the five year period of the scheme ended.

In several authorities his solutions seriously disrupted existing plans for reorganisation and efficiency improvements. When similar schemes were inflicted on the NHS they really did distort the patterns of medical treatment. Zeus knows how many lives were lost. Never mind the opportunities for real progress.

The essential problem was, as always, London centrism of the media and some urban areas. It meant the issues that arose there amongst the chattering classes and the wild lefties led to bad lurches in policy. After the rebalancing of the earlier part of the 1980’s it was a long hard slog to sort things out and put in place real needed development.

Across much of the country, this is what was being attempted but time after time was side swiped and damaged by the budgetary impact of these stunts. Most of the spending was in virtually fixed commitments. Efficiency, progress and improvement depended on relentless attention to detail and grinding the work out to direct better the part that was left. So the impact of Young driven disasters was all the greater.

What is utterly barmy about Young’s blathering is that he is saying to the electorate that in effect the Gordon Brown regime was progressive and good for us all. If indeed we have never had it so good then it is to Brown we owe it all to and not these new clever LibDem chaps or for that matter Major or Thatcher.

Quite which economy he is living in I cannot be sure but it is not the same one as my neighbours, the town I am in, my family and most of my connections. Again that is another problem of our times, a cocooned media financial elite utterly clueless about the damage they are doing.

Yet again, who need enemies with friends like this?
Posted by Demetrius at 14:56