Leading Labour From The Front 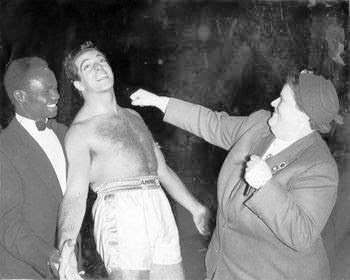 Perhaps all is not quite lost. Through the letter box this morning along with a lot of other strange communications, people wanting their bills paid and such, came a flyer for the Irish Lotto, £172 million a year is said to be for the taking. If you have the right numbers, that is. So our £7 billion will be going to a good cause.

This will be largely to help people who had the wrong numbers in their particular games of Bankers Lotto. Unluckily, I am instructed by HMRC that the amount of taxes I will be paying this year means that I cannot afford to invest in the Irish Lotto as the Banker’s one is short in Ireland by £172 billion, or thereabouts, nobody really knows, we will find out, or perhaps not.

The address given for returning the card is Exchange Buildings in Liverpool. At one time there was a fine terminus station there for the Lancashire and Yorkshire Railway and I made many journeys in and out of Liverpool. Liverpool Exchange was also the name of Bessie Braddock’s constituency, a prominent Labour backbencher of the 1950’s and one of the ruling family in Labour’s local elite of the period.

She was a formidable lady and as the picture shows, where she is staging a mock bit of fisticuffs with Frankie Vaughan, a top singer of the day, she led with the right. However, in Liverpool it was well known that you had to watch out for her left hook. See Wikipedia for an interesting entry, not only for the reference to Winston Churchill but the fact that she gave Peter Carter-Ruck his start in libel actions.

One of Liverpool’s leading boxers in her period was Nel Tarleton who did lead with the left. He was British and Empire Featherweight Champion and allegedly was never knocked out despite well over 100 contests. Nel contended for the World title against Freddie Miller in 1934 and 1935, losing on points on both occasions.

My father was one of his key sparring partners at the time. Fighting under the name “Butcher Bill”, nothing like a touch of class in the family, he could lead with either right or left and switch without warning. It made him difficult to “read” or beat and even in his 70’s was very fast. During trade union problems in the 1960’s some big TGWU “heavies” made the mistake of trying it on. The ambulance men couldn’t stop laughing.

What would Bessie make of Blair, Brown’s or Miliband’s Labour Party? Not much, I suspect. Her socialism was a world away and on a different intellectual basis from theirs. My opinion is that Bessie had a lot more political nous for her people and for that matter a sharper and better brain, honed in debate with people who were both well read in history and aware of the realities of life.

And she knew how to fight.
Posted by Demetrius at 18:00