Say It Without Flowers 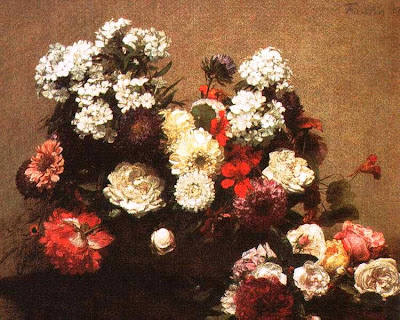 On Thursday 23 May 2009 I posted on “Les Fleurs Du Mal” about flowers. Some of my comments may have seemed exaggerated. Today, however, it was good to see the subject being picked up again in http://newgatenews.blogspot.com/

Also, today in http://taxjustice.blogspot.com/ was an item concerned with the tax implications in this “globalised” trade. There will be the claims that the trade creates jobs but just how many and who really benefits?

Also, where is our “development” money going? Is it into the incomes and homes of the local population or into the accounts of the multinationals?

Kenya Revenue Authority (KRA) says it is investigating some multinationals for abusive transfer mispricing. Among them, according to Mr John Njiraini, the KRA commissioner of domestic taxes in charge of the large taxpayers, are the country's three largest flower companies."We have seen cases of multinationals reporting losses in Kenyan subsidiaries while their parent firms are making huge profits. We are investigating whether they have abused their transfer pricing policies," Mr Njiraini, said.

The article, quoting TJN's Africa network, adds that there is a great problem with enforcing transfer pricing arrangements, and with the arrangements themselves:

Mr Njiraini says to be able to crack the abusive transfer pricing syndicate, Kenya requires experienced lawyers in the area as well as tax experts, who are not currently available. Some of the tax-avoidance methods are rampant because there is no legislation against them.

Recently, the OECD's Jeffrey Owens noted that an astonishingly low 0.1 percent of foreign development assistance is allocated to supporting revenue and customs in developing countries, even though tax revenues are a multiple of the value of foreign assistance: ten times as much, in Africa's case.

It is small wonder that African and other governments have such a hard time confronting the complexities of transfer pricing (and other) abuses by global multinationals.Regarding transfer pricing, the OECD's arm's length principle, which is used as the international standard, is all but unworkable -- although the ensuing complexity does create billions in profits for accountancy firms.

"Experience to date is sufficient to demonstrate that the current system is based on faulty assumptions regarding the way multinational business is conducted, so that the system, no matter how hard one seeks to reform it, simply is not capable of functioning acceptably."

Time for some fresh thinking on transfer pricing, in the interests of the citizens of developing and developed countries.

When you pay your pounds for those apparently fresh supermarket flowers, stop for a moment to think about the markups down the line, the distribution costs, the running costs of installations where they are grown and then wonder how much the employees might earn.

Also, there is the interesting problem of how much water is used and how little clean water is left for the locals.
Posted by Demetrius at 16:05