The UK, Unloved And Unwanted 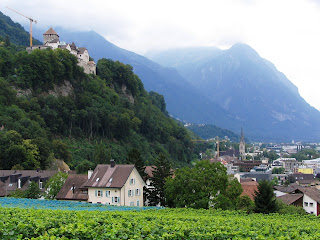 Meanwhile, out there in the real world beyond Manchester, it is becoming difficult for the UK, and not in ways that are immediately apparent. On 25 September, in a spin off from the G20 Pittsburgh deliberations, in the Wilson Centre in Washington DC, the Prime Minister of Lichtenstein, HE Klaus Tschutscher assisted by two senior advisers met with a number of interested parties to mend fences and discuss the way forward for the Duchy. For the uninitiated, Lichtenstein is a small independent Duchy adjacent to Austria, Germany, and Switzerland, and financial services amount to 30% of its economy. It is hardly offshore, but it is a major tax haven, and one that has attracted some unwelcome publicity in recent years.

What was clear from his talk was that the Duchy was signing up with the EU and is attempting to satisfy them that its dealings are above board, and that its clients declare their affairs properly to their own jurisdictions. Of course, they are in the hands of their clients, and given the layering and complexity of it all, cannot offer guarantees. Even where it suspects criminality, this can only be pursued in the home country of the criminal. If the criminal is Head of State or Minister for Justice there, this suggests problems. However, if the EU with the urging of Germany and France does manage to get a handle on these tax issues with the havens in Europe, which affects several such states, this is bad news for the City and all the other locations connected to the UK.

Whilst the Tax Justice Network representative bowled the Prime Minister a googly that he did not read, causing some foot shuffling, an interesting question came from the US State Department representative. This meeting had no media present, but webcast, so there was no grandstanding going on. But it left little doubt about the stance of the State Department and their current thinking. They want to come down hard on tax losses from the USA. No wonder Gordon Brown had problems getting to President Obama, or that David Cameron might do no better. If my analysis is correct the State Department could believe that the UK was not only culpable in the recent crash, but a major cause, and that the activities of all the UK tax havens played the key part in the disaster.

On Monday 5 October, the item “States of Disbelief” in the blog The Automatic Earth the writer Ilargi has a very long post dealing with the developing situations across many of the States of the Union, a rolling tide of severe problems, job losses, and significant contraction in public services. In particular, California is contracting now in population terms, never mind its economy. See my post on Friday 17 April, on “California Here We Come”. This mirrors a goodly number of assessments of the internal situation in the USA. Whatever may be happening around some of the money merchants which disguises the reality, because the figures are largely financial numbers, out there is increasing hardship and the end of the American Dream for a high proportion of the population. So the new administration has begun to set its sights on attempting to mitigate the damage and protect its citizens.

The complication has been the Afghanistan venture, now in deep trouble, where the UK has been more supportive to the US effort and its troops have earned respect. But patience is running out now with the evident incompetence and indecision of the UK government, and their increasing reliance on the USA for basic support. If the Pentagon came to the view, as they might, that the UK Forces are a busted flush, and the USA will have to turn to the EU, then it is all up for the UK. More concern must be if the CIA and other agencies have come to regard Londonistan as a key world centre and clearing house for terrorist and criminal organisation and money laundering, assisted by sundry foreign oligarchs with big yachts.

Consequently, it is the end of any special relationship, the USA could well become hostile economically, and will align itself with others. The EU, so far as financial regulation and a few other things go, are not our friends and want to clamp down on the wilder shores of UK and subject territories finance and other things. We are about to experience the full effects of the economic contraction in our local services, and other sectors, much of our economy is owned by others, and nobody loves us. In fact, many power blocks will hugely enjoy giving us a good kicking. If the Lisbon Treaty does take full effect in the near future we will not be able to do much about anything.

Manchester may once have prided itself on the being one of the major cities of the world, but like the Mersey Canal, it is now a backwater of the past. And if Irish Tony, Citizen Of The World, does become President of Europe, he will have another agenda.
Posted by Demetrius at 09:56