Economies & Earthquakes - Did The Earth Move For Youi? 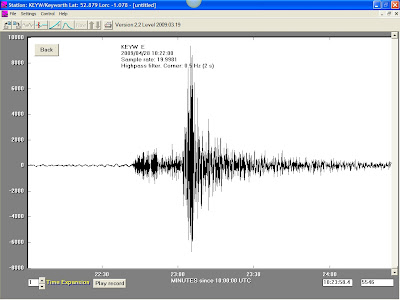 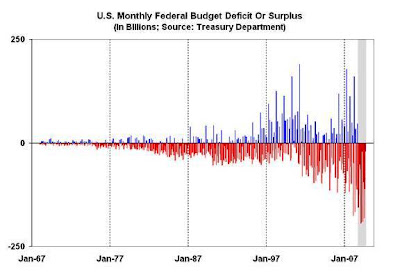 While we are all being carried away by the excitements of our little isle, other things are happening in other places. The Australian tectonic plate is said to have been moving a little more than expected, and the consequence has been a series of large and persistent earthquakes around the Pacific Region and into the Atlantic Ocean. There are reports that seismologists and geophysicists claim that they have seen nothing on this scale before.

Which raised the question again, are big earthquakes in differing locations simply coincidences or can one trigger another very long distances away? The conventional view has been that it is unlikely, on the basis of theories on how stresses move along fault lines. The contrarian view that it is possible and can happen is back on the agenda. In December 2004 the major event off Sumatra that had Tsunami effects across the Indian Ocean seemed to have come from nowhere. But around four days before there had been a big one down in the Macquarie Islands south of Australia. I did wonder where that one might go, but guessed if anywhere not far away in the South Pacific.

Again a few days before the recent swarm of large ones there was a big one down in the Macquarie’s, so again was that a precursor? As it happens whilst there has been loss of life and some serious damage, the toll has not matched 2004 in any way. But what next could happen? The Ring of Fire, as it is known in the Pacific is a lot of volcanoes, some very big, and a handful of mega chambers. So it was particularly worrying to see some hefty ground movement going on around Vanuatu. We know in the past that eruptions in this region have produced world wide climate effects, and could do so again.

In our modern world it would not just be a group of subsistence existing tribes or local populations that could be affected. Vanuatu, amongst other things, is one of the tax havens where a lot of computers move money around, as does Nauru, an atoll in the Pacific. Over in the Caribbean, a handful of dormant volcanoes are down in the Cayman Trench. The chances of a major centre of population getting the hit, Hollywood style, may be small, but who knows? The Northern Anatolian Fault is predicted to twitch any time now near Istanbul.

Prediction is extremely difficult and very unreliable, as the experts know all too well, which explains their reluctance say much other than to run the figures amongst themselves. As the citizens of New Orleans found out in August 2005, politicians do not like people who predict problems and prefer to ignore them. However, in the wilder shores of thought processing, there are a few who think things are more complicated than humanity has yet to accept, especially when there is a god, or gods, or “other” beings who can be blamed for catastrophes.

But ideas about chaos, collapse, uncertainty, catastrophe, and the rest can give insights. At present in attempting to predict volcanic eruptions, not only is analysis of gases a guide, but in seismology, the intricate skill of identifying long wave resonance has become a tool in seeking to avoid the consequences of an eruption.

Just how much do these ideas apply in relation to financial markets? Probably not much, although the shapes are interesting. The seismology of public finances has been bad enough recently, see the diagrams above. What worries me if somewhere in the figures there is a long wave resonance developing that the experts cannot see.