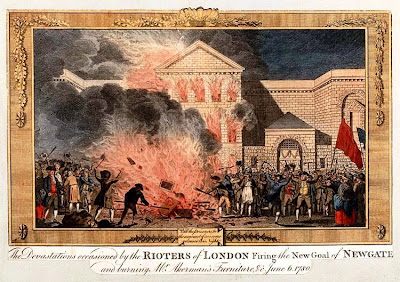 The quote below is taken from “The Oil Drum” web site. In other places I have seen it argued that the Age of Capitalism and one or two other mass production “isms” of the last 150 years coincide with the age of cheap energy, notably oil, with the implication that if the sources of energy increase substantially in price and cost then it will impact on all our present economic and social systems.

The New York Times published an article yesterday about a conference that we advertised on The Oil Drum, and several staff attended, called the 2nd Annual Biophysical Economics Conference. The financial crisis and subsequent global recession have led to much soul-searching among economists, the vast majority of whom never saw it coming. But were their assumptions and models wrong only because of minor errors or because today's dominant economic thinking violates the laws of physics?

A small but growing group of academics believe the latter is true, and they are out to prove it. These thinkers say that the neoclassical mantra of constant economic growth is ignoring the world's diminishing supply of energy at humanity's peril, failing to take account of the principle of net energy return on investment. They hope that a set of theories they call "biophysical economics" will improve upon neoclassical theory, or even replace it altogether.

There were about 50 in attendance at the conference at State University of New York's College of Environmental Science and Forestry. The NYT reports:
The new field shares features with ecological economics, a much more established discipline with conferences boasting hundreds of attendees, but the relatively smaller number of practitioners of biophysical economics believe theirs is a much more fundamental and truer form of economic reasoning.

"Real economics is the study of how people transform nature to meet their needs," said Charles Hall, professor of systems ecology at SUNY-ESF and organizer of both gatherings in Syracuse. "Neoclassical economics is inconsistent with the laws of thermodynamics."

Central to their argument is an understanding that the survival of all living creatures is limited by the concept of energy return on investment (EROI): that any living thing or living societies can survive only so long as they are capable of getting more net energy from any activity than they expend during the performance of that activity.

The article notes that biophysical economists readily accept the peak oil hypothesis, and differ in that way from many other economists, such as the "Chicago School". Nate is quoted as saying:

"The main problem with neoclassical economics is that it treats energy as the same as any other commodity input into the production function," Hagens said. "They parse it into dollar terms and treat it the same as they would mittens or earmuffs or eggs ... but without energy, you can't have any of that other stuff."


Regarding the prospects for oil production, Charlie Hall is quoted as saying: "It isn't that there's no technology," Hall said. "The question is, technology is in a race with depletion, and that's a whole different concept. And we think that we can show empirically that depletion is winning, because the energy return on investment keeps dropping for gas and oil."

Allied to physics and biosystems there are several other theories and as Charles Mackay wrote 150 years ago “Extraordinary Popular Delusions And The Madness of Crowds”. Gillian Tett of the FT has suggested that many problems relate to the principles of anthropology and the human condition of the herd instinct.

Perhaps you don’t have to be mad to be an economist, but it helps.
Posted by Demetrius at 09:53