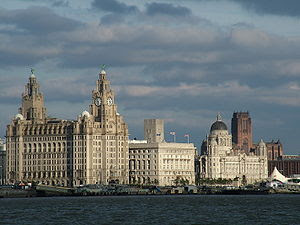 There was a strange symmetry in the Daily Mail today in two stories concerning sons of that once great city, Liverpool. One concerned a Mr. James Larkin Jones, better known as Jack Jones, boss of the TGWU the Transport and General Workers Union in its heyday of power, who has now been identified as being in the pay of the Soviet KGB, and a source of information and advice to it. The other is a Mr. Curtis Aloysius Warren, who has been convicted in Jersey of alleged sundry crimes, and will spend some more time in prison. Jack tried to corner the market in political influence over government, Curtis (aka “Cocky”) tried to corner the cannabis market in Jersey to take advantage of the relatively high prices there. Both were and are men of their time, from whom we have much to learn.

It has always puzzled me why the KGB and the Soviets failed to realise that most of their informers did not actually need paying, and in fact a golden marketing opportunity was lost. If like many Arts and similar organisations they had set up a “Friends” or “Patrons” membership, many of the furthest Left of Britain would have formed an orderly queue to join. For example had there been a “Friends of the Lubyanka” there might have been Premium Friends, entitled to personal tours of the detention facilities, and invited to vodka binges with the chiefs, Senior Friends, given courses in interrogation techniques to sharpen up their committee skills, and basic Friends, who would get newsletters, the occasional cut price tickets for this and that, and priority bookings for open days. As so many of the potential members are still alive, I will refrain from naming names, but you can have fun making your own guesses.

Jack Jones life was in parallel with my family in my father’s generation, and it was their view, all fellow Scousers, many in ordinary jobs, including dock work, that so far as the working class and the docks were concerned he was a disaster. During a period of major and rapid change in the 1960’s and later, with the containerisation of shipping, developments in communications, and the rapid rise of competition in Europe and beyond, he led his union in entirely the wrong direction. In association with Hugh Scanlon of the AEW, Amalgamated Engineering Union, who also resolutely impeded progress and investment in much of the engineering industry, they did immense damage.

Their Soviet inspired ideas of mega planning of state controlled large industrial units, contributed much to the distortions and obstacles to development of most of the industry and commerce which had the potential for the future. It was they as much as anyone who ensured that a large proportion of the investment money in the private sector that was available went into financial and property speculation. Whilst Jones and Scanlon, with others held the reins over government and private investment in industry and transport, there was no point in investing in the British “Mittelstand”. Hugh Scanlon later accepted a peerage. Jack Jones on the other hand refused both a knighthood and a peerage, but I wonder if he ever ranked as a Colonel in the KGB?

Mr Warren, on the other hand, is an entrepreneur of the modern age. He has been engaged in globalised trade, has been active in offshore locations, and no doubt has invested his profits in a way that has legitimately minimised tax and other liabilities with the help of advisers. The difficulty is that his trading has been in products that are illegal in some places, but not in others. In the mid 19th Century some of Britain’s great commercial personages did exactly that, and ended up with peerages, great estates, and often titles. Mr. Warren seems to have erred over the detail. He has certainly more than done his bit for Britain in the Great Property Boom, although probably not so much for the GDP figures. Perhaps he should have thought of political contributions. His application of force has differed little from some of those magnates of the past, and indeed some of Mr. Jone’s or Mr. Scanlon’s more fervent followers, who were not shy of physical threats and action, indeed for some it was almost routine.

In essence Mr. Jones and Mr. Warren are both Scousers of their time, on the make one way or another, and to hell with the critics. After all it takes one to know one. Now who else is a Scouser fascinated with money and power?
Posted by Demetrius at 19:34