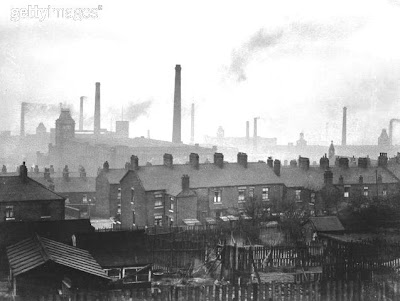 In order to have an occupational pension, first you must have a job, and then either a pension plan or sufficient income to allow you to save enough to provide for the future. In this context the musings of academics over how many jobs are can be moved “off shore” from a nation are interesting. The site Voxeu dot org is composed of items of serious content on a range of current economic and social issues. On 9 October they listed an article on “On the measurability of offshorability” relating to the USA, where the subject is becoming an increasingly sensitive issue. As a song title it will never be a hit, but as a political issue it could go to the top of the charts.

Their estimates go from 2% to 75%, and anything remotely near the latter figure, even as an academic hypothesis, could give the political world a severe attack of the jitters. But as it is theory, then the suggestion is that the reality could lie in between, say 25% that is the potential, with the actual rather lower, depending on this, that, and may be. The trouble is the jobs that are most vulnerable. One group suggested is the remaining industrial capacity of the USA, and the other group the higher skilled in various sectors. More or less, just the kind of job to have if you are looking to save for a pension.

This applies to studies in the USA, so what would the UK figures be like? Well, our finance sector is proportionately much larger than that of the USA. A good deal of it is based in the South East, and already employs a good many people from abroad. Moreover, there are a lot of choices open to them and many urban centres that would like to attract them, for example, Singapore. We could lose a lot of them, and very quickly, which explains the protective attitudes of Mandy & Boris (what a good comic turn those two would make) and the reluctance of both the Government and Opposition to raise the stakes on regulation.

What is less understood is how vulnerable much of our provincial economic activity is especially in the smaller scale practical trades. Spending quality time on the Disused Stations web site I noticed in an old photograph of one town a factory building familiar from the past, and then spent time scratching around the web to see if it still existed in one form or another. It is, but is now one of a long list of the industrial and business entities in that town that are foreign owned. They may have been generating work and incomes locally, but the profits are going elsewhere, and from a look at them, many of the jobs that were being done in their premises could be off shored, whether to Europe or other countries. Looking around my own town, and a few others, there are a surprising number in a similar situation.

A little while ago on Wednesday 22 April, on “Counting them etc.” I commented on the number of foreign trucks on our local motorway in comparison with UK ones. We have seen in recent months anxiety amongst UK workers about jobs going abroad. Just what is the situation going to be like in the next few years? How many UK jobs and sectors of employment could be off shored? In my time I have seen a good many industries and activities go elsewhere, and the working landscapes of major cities and towns transformed, so it is nothing new.

There is no easy answer to this as it is the product of a complex of different issues. Also, trying to estimate how many and what jobs could go is far from easy. It requires making assumptions about the decisions and strategies of many different operators across the globe. There are also implications. We are sending increasing numbers to universities to acquire skills to secure their future employment according to our employment structure of the recent past. Yet it may well be exactly these jobs that will be disappearing.