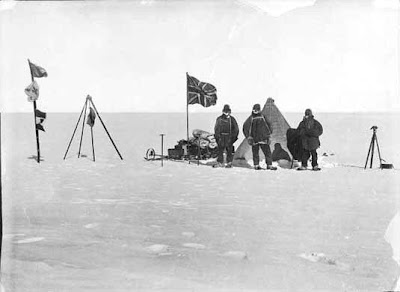 The Prime Ministers pronouncement that the world is about to end, unless we all follow his advice makes me wonder if he isn’t spending too much time watching the many Armageddon web sites. They are a lot of fun to read and make me realise that the travails of my old team in the present season are not the most important matter in the Great Scheme of Things, I think. The October 19 post in the site survivalblog dot com “Twenty Two Reasons Why This Recession Is Different And Will It Will Endure” although about the USA could easily apply to the UK.

What is certain for the next few weeks is that the Government intends to make us forget the economic fuss, because it is all about Global Warming. Given the amount of hot air that will be expelled on the subject it may happen and carbon capture will not be enough. The political heat will be turned up, exterminating a thousand species, but hoping to catch the Opposition and others out in the race to convince the public that our futures will be safe only in the Government’s hands. Already arranged in the weeks before the Copenhagen sessions are a series of appearances and speeches.

These will be kicked off by a major presentation by Ed Miliband at the London School of Economics on Thursday 19th November. His dad, Ralph of the Marx Brothers (check that one?) used to work there, altogether now, aaahhhh…. So he will know his way up to the Senior Common Room when it is time for drinkies. However, he ought to go up one floor to the Shaw Library, a big room full of dusty books on dead or lost theories, there are a great many of them.

In very recent decades we have learned an astonishing amount about the past that was never known, in part not even suspected, and a good deal of it is to do about what happens when climate changes, or weather patterns shift, or other alterations occur in the geophysical make up of our planet. The one thing that is certain is that it does not remain the same for long, and that major shifts can happen fast. It has warmed up in the past, and it has gone colder. Outer space has played a part, as has the sun, and within the shifting magnetism and the flows of the atmosphere, the troposphere, tectonic plates, and the seas.

The crucial difference between now and even the recent past, is that there are a lot more humans around, creatures of unpredictable, and sometimes uncontrollable behaviour. So any sudden adverse event must affect far more immediately and afterwards. In a world that is “globalised” and where the interdependence of so many entities gives the risk of systemic failures in series across continents and the world. At present in the UK we seem to be blithely unaware of the implications of the droughts and water shortages occurring already.

One immediate question is that in the UK it has been a long time since we had a hard winter. This year there have been early snows already in the northern USA. The UK has had a handful of spasms of bad weather in the recent past, but not many. Now the Prime Minister and the Government are in full flow on the subject of warming, it can mean only one thing; that this could be a very hard winter indeed with the potential for chaos and widespread misery. I remember the 1940’s.

So go to survivalblog for advice, get in the extra blankets, candles, tinned food, and the rest, and keep cheerful. The upside of power cuts is that they reduce the household power and heating bills, and you will be hoping for Global Warming as quickly as possible.
Posted by Demetrius at 15:16