Defence - At The Going Down Of The Sun 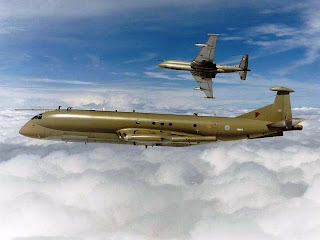 In 2003 when Bush and Blair launched the invasion of Iraq, I wrote a letter to a journal stating my doubts about the viability of the UK involvement. It was printed. The words I used have come back to haunt me, in that I wrote that “just in time” supply and management ideas applied to armed forces in action were a dangerous and damaging nonsense and liable to result in setbacks, risk defeat and lead to many unnecessary casualties.

My reason for writing was that I had looked at the figures, of men, material and support, and had concluded that not only were our troops in action overstretched, but that the supporting elements were far too few and too dependent on long distance logistics to maintain any campaign of substance or length.

Long ago I was one of a handful who had the job of keeping the log on the operational capability of the formation in which we served. Our job was to know where every tank was, every tank transporter, and their capability, with other information, so that they could take the field at one hours notice with all the supporting elements. In the field the situation had to be monitored continually.

It was clear that the UK Iraq project was being done without the necessary forces and support, and that everything depended on the Yanks being able to knock out the Iraqi’s within days rather than weeks.

It has been stated now that in the late 1990’s, notably under Brown’s control of spending, and Blair’s cut and shuffle politics of defence, applying concepts of business management based on the supply of frozen peas, detergents and DVD players to the waging of a bitter war was the reality. Engaging in military operations is inherently unpredictable, subject to daily major uncertainties, means losses that are incalculable, and requires large scale storage of essentials and the ability to move them at any distance at any time.

It applied to the situation that created the recent disaster of the Nimrod Aircraft. In relation to our ground troops in Iraq and Afghanistan, Armies, Air Forces, and Navies fighting in the East are not operated like supermarkets in Dunfermline or Sedgefield. Fighting enemies are not campaigns to gain marketing share, however much the bonus rich bankers and commercial executives in comfy offices peddling poisonous products would like to think. But these are the people that our politicians listen to. Having wrecked our economy and our health, they have been allowed to wreck our military capability.

As the Forces have too often learned in the past, supply and provisioning is critical to success or failure. In 1833, the government of the day, against Wellington’s advice, disposed of the supply Land Trains established in Napoleonic Wars. One result was the fiasco in the Crimean War when soldiers starved, froze and died of dysentery and worse. It does not apply only to the UK, Google “Napoleon-Moscow-1812” or “1941 Barbarossa”.

We have been very fortunate in Iraq and Afghanistan, the Yanks are there to plug the gaps and avoid the worst of the consequences without much in the way of complaint or sending the bills. Little has been seen about this. Left to Blair to organise, Brown to fund and the smarmy back scratching crew of hopeless inadequate political greasers at the Ministry of Defence to manage it would have been a great deal worse. As it is too many good men have been sacrificed, we are now almost helpless to defend ourselves at home or abroad, and all the government can do is to run to Brussels and Europe to hand over the responsibility.

Blair, Brown, and their cabals may be War Criminals, but let us not forget that above all they are traitors.
Posted by Demetrius at 09:45