Slavery In The UK - A Labour Legacy 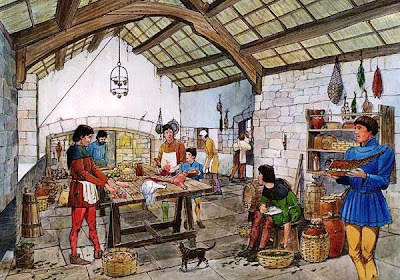 It may have seemed to some that one of the madder and more extreme notions I have been peddling is that in the UK the Labour Government has gifted us the return of slavery, largely in the interests of themselves, their financial and media affiliates and the sundry criminal elements usually to be found attaching themselves to the centres of power. In short, directly and indirectly, the London Mediocracy with its outstations in the larger urban areas.

At http://www.antislavery.org/ and in some of the press there is coverage of a proposed new law tabled in the House of Lords today, 26 October 2009 to attempt to deal with the various forms of slavery now present in the UK that appear to be both spreading and becoming established. Perhaps I am not quite as mad as I seem. The government, which has been fully responsible for overseeing this issue, is taking the line that present laws are sufficient.

If they are, then why are they not being applied, and indeed vigorously pursued? If I own a brown bottle and by error put it in the white bottle recycling bin, I can expect to be arrested, charged, and be given a criminal record. On the other hand if I am a politician or celebrity or leading financier or media figure, and I employ an illegal immigrant on terms well outside employment laws, bully and maltreat them under threat of denunciation, then I will have my expenses paid, either by the taxpayer or via the limited company or Trust in a tax haven through which most of my financial matters are channelled with the consent of the Inland Revenue.

Throughout history the willingness of men to kill each other has only been exceeded by the urge to control and enslave others. Usually, those groups with higher grade military technology and the ability to apply it have created what were societies in which the majority of the population had slave or serf status in various forms.

There has been agricultural slavery, industrial, domestic, sex trafficking, and the often ignored debt slavery of one form or another. The world has never been rid of it. The UK managed to remove itself from the African Slave Trade only to go on to an Imperial role where “contract”, “indentured”, or rather forced labour and debt slavery were rampant. At home it took until the middle of the 19th Century to end the child slavery endemic in industry and agriculture, but the sex slavery continued unabated until the early 20th Century. Probably it was only during the 20th Century that we were mostly free of it, particularly after the collapse of Empire.

But now it has come back, and we knew it was coming back. It wasn’t long after Labour returned to power, around 2000, when I was in a meeting where the Anti Slavery International speaker alleged that they were concerned at trends in London and the South that the use of what was effectively slave labour was on the rise. The audience took little notice and shrugged its collective shoulders; they were mostly of the Left and London Mediocracy apparatchiks or sympathisers. After all the Anti Slavery people were only peddling their own wares, and if there were some marginal difficulties related to the way the economy was being run by New Labour it would work itself out. Necessary casualties and all that.

Quite what will happen as a result of the debate in the House of Lords is difficult to say. There is a problem, it is a real one, it is growing, and it threatens all of us. You can work out many of the implications. But I don’t see much interest in the media, perhaps too challenging for their delicate sensitivities, and certainly the Government will do all in its power to distract attention and to claim the problem does not really exist.

What was the title of Friedrich von Hayek’s book? “The Road To Serfdom”?
Posted by Demetrius at 14:21