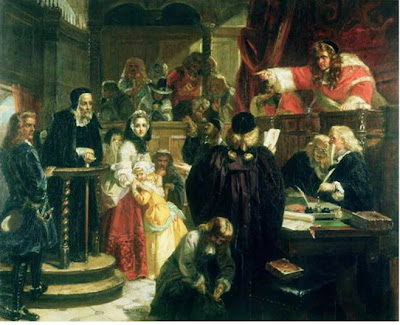 Do you wonder why in the UK we rarely hear much about business and related issues that are questionable and those responsible? Especially when public debate of this kind is commonplace in many other democratic countries? It is because of the way that English libel law is used by people who do not want questions asked, or certain matters to be discussed in public.

The important issues are not the unwise personal habits or relationships of celebrities, media and sporting people, or the parade of sorry exhibitionists that are the mainstays of our media. They are corporations and individuals engaged in financial dealings who do not want either their activities or their accounts to be subject to normal scrutiny. “Private Eye” this week has headlined the subject on the lead page under the title “Legal News” but has referred to it in previous issues.

It is very easy. If I am in possession of information that I would like to make public about a company, and they become aware of this, they can simply ask their lawyers to telephone the Duty Judge and secure a restraining injunction with immediate effect to prevent publication on grounds of alleged libel. More, in the last few years these have now been extended to prevent any mention that such a ruling has been made, who was involved, and any reference or implication relating to the issue or the fact that such a ruling has been made.

Now we have no idea how many of these restraining orders have been made, who are involved or why. These Super-Injunctions throw a blanket of secrecy over not merely the matter but anyone and everyone involved without any questions asked. Worse still, there are many people and companies who do not live in England or have much to do with it, who hire lawyers in England to obtain these Super-Injunctions here to try to prevent comment or question anywhere in the world by threats of legal action in England against anyone publishing comment on or information. You can imagine the implications for the freedom of speech and debate, and the costs.

Purely as an academic and theoretical exercise let us imagine that there could be a major UK financial issue in progress inflicting serious damage on many innocent people and that it is a part of the financial havoc in the UK. We then suppose that as the result of such an injunction there would be barely any comment or reporting on the subject. It is possible that some brave souls might give the odd hints here and there that things are not as they should be, but the full story would not be told.

We could then assume on this basis that there would be a deathly hush in the media. The yellow press that would normally rampage happily with all the personal interest stories involved must be silent. Famous people would become absent from the news. Were banks to be involved, as they might if we imagine it, the cry would be make the bankers pay. But our assumptions would be that those involved might be people to whom the bankers lent lots of money which they will never see again, and will never be repaid.

Letting our fantasies run free we would allow those in debt to be taking as much as they could from their remaining income streams and leaving banks and through them the taxpayers, with billions of toxic financial rubbish. Perhaps I have had too many high energy drinks and the caffeine is out of control.

Then I could wonder whether or not such a particular financial debacle might in certain hypothetical circumstances be the subject of such a Super Injunction. But I can only wonder in the most general terms. Any attempts to be clever with names or hints would be a bad idea. It is easy to make a mistake. What I might suppose about the state of the regulatory agencies knowledge concerning who they could be and where they might live, what they might or might not do would be of course the subject of any injunction and nobody would know.

As for any parts of the media knowing who they are and what is going on, I would have to revert to picking the petals off daisies. It would be great fun to speculate which senior politicians might know and who their best friends are, but I would have to assume that all connected would be covered by a secrecy fiat as severe as the highest security levels of the Cold War.

Should I in this flight of fantasy allow that certain companies are in essence trading in the UK when insolvent with government knowledge and tacit permission? Then I might speculate on the implications. This would raise once again The Big Question which relates to where all the money might or might not be going if any assumption can work in this particular mind game. Like in a major computer game the mind can fly the universe. This would mean tax havens.

High play of this kind would demand complex and intricate arrangements within tax havens of the imagination in other galaxies or universes. Within such tax havens there would be impenetrable mysteries, it would be impossible to determine who exactly owns what. The game and fantasy would have substantial financial entities taking money out of the UK and sending it by warp drive to unregulated locations and keeping what comes in whilst not paying their dues to their bankers or anyone else to win the game.

The wild card to keep the game going I would call “quantatitive easing” as a device to keep the game in play as long as possible. The “oiks”, the helots of the dominant factions would be made to pay out more and more to keep this going because the imagined masters of this special universe; maybe politicians of a kind each with their personal finance war chest would be subject to the operation of privacy, inextricable within the mathematical imponderables of financial operations. Let us end the game here, because as in any fantasy game, the computer always crashes.

In the party political conferences we are getting all the blarney about ring fencing vital services, curbing the bankers, firm and fair government, cuts with responsibility and this and that. This will continue right through the many months of the election campaign, whilst the financial situation becomes progressively worse.

What they are not telling you, what the press cannot publish, and what is legally impossible to say, is just how much some things will cost those who are being forced to pay, who by, and how they are doing it. Additionally we will not know how much will fall to the lot of each and every taxpayer and dependant. Nor will we know the people, politicians, lobbyists, lawyers and judges who are integral and necessary to the continuance of this situation.

It was in England where John Milton wrote the “Areopagitica”, just Google it.
Posted by Demetrius at 13:09