A Reminder From The Past 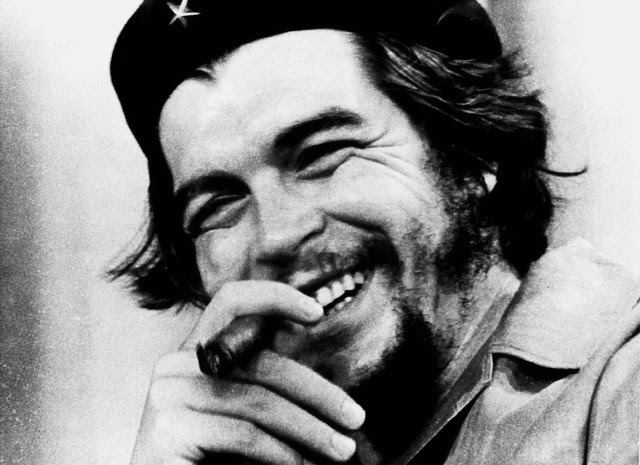 There is great deal of debate about the present nature of terrorism relating to Islam and what it means.  But we have been here before.

The item below was in the files, but the source unknown.

What Che Guevara Stood For

Che wanted to see ‘Hatred as an element of struggle; unbending hatred for the enemy, which pushes a human being beyond his natural limitations, making him into an effective, violent, selective, and cold-blooded killing machine’.

He considered Americans to be ‘hyenas … fit only for extermination’.

Che wanted to launch a nuclear attack on . He desired ‘atomic extermination’ of the ‘hyenas’ (read civilians) who lived there and in November 1962 he boasted to The London Daily Worker of the nuclear weapons, ‘We would have used them against the very heart of the US, including New York City’.

Even Che’s sympathetic interviewer from the Daily Worker considered him to be ‘crackers from the way he went on about the missiles’. It’s only thanks to the intervention of Nikita Khrushchev that Che’s plans came to nothing.

With the nuclear attack plans shelved, Che instead attempted to launch a terrorist campaign in . Had it have worked, Macy’s, Gimbels, Bloomingdales, and Manhattan’s Grand Central Terminal would have been hit with a dozen incendiary devices and 500 kilos of TNT.

To give some perspective, the 2004 train bombings used 100 kilos of TNT and killed and maimed almost 2,000 people.

4. Sacrificing the people of Cuba.

At the First Latin American Youth Congress in July 1959, Che proudly claimed: ‘These people [of Cuba] you see today tell you that even if they should disappear from the face of the earth because an atomic war is unleashed in their names … they would feel completely happy and fulfilled’.

Che delighted in ordering and carrying out executions and considered the need to present a legal case and to give the accused the right to defend him or herself to be ‘archaic bourgeois details’.

In Che’s Cuba, ‘effeminate behaviour’ became a crime and gay men were consigned to forced labour camps with the words ‘Work Will Make Men Out of You’ posted over the entry gates.

Che demanded that ‘individualism must disappear!’ Perhaps his greatest support for this principle is found in his relationship with the . Indeed, according to KGB official Alexander Alexiev, ‘Che was practically the architect of the Soviet-Cuban relationship’.

There is something uncannily familiar about this.