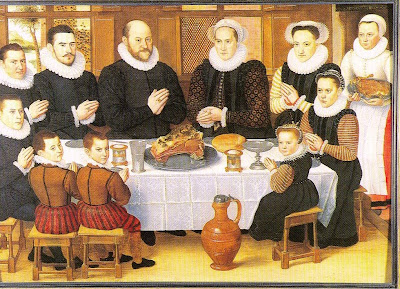 If there is one politician who could turn family history into farce surely it must be John “Prestatyn” Prescott. He manages to give most things he touches a bad name without adding to the list. For John who built his career on the image of an ultra obstreperous Yorkshire hard man to decide in his dotage to be emotionally Welsh must rate as one of the about turns of the decade.

The difficulty is he is a has been politician with a routine of the pantomime peasant wants to become a real celebrity and needs other features to offer. We have had the public exposure of his personal marriage problems, the perils of Pauline that in the end was just another comic turn. John’s latest is a maudlin account of the “discovery” by a TV genealogy programme, that Gt. Gt. Gt. Grandfather of the Parish of Chirk, Denbigh, Wales, Thomas Parrish, when widowed is alleged to have had four children by a daughter, Athaliah.

For Biblical scholars this is an intriguing choice of name. It could be a reference to the daughter of Ahab and Jezebel. Such a Biblical reference in a Wales riven by schismatic dissenting sects might have been enough to conjure up the wildest fantasies. If the name, as was very common, was handed down through several generations it could just mean that a grandmother or earlier relative had it.

John declares with only the passion he can command, through the tears summoned up for the filming, I quote “the evidence is clear, though we can’t prove it 100 per cent”. This sounds dangerously close to his famed Transport Policy, and assertions that Regional Government for England was inevitable. There is one way to attempt some added evidence that might assist John, it is to get busy with a pick and shovel in the cemeteries of Chirk, or wherever the bodies are buried, and check out the DNA of the various remains.

At present, I have to rely on my critical faculty, and the first reaction is one of deep suspicion. The evidence will need to be very good to be convincing in a case like this. Family History is a field suspect enough in the eyes of many historians and demographers without adding to its other difficulties. As to the suggestion, it is a case of “Up to a point Lord Copper”. There are too many other possibilities, including married men in the vicinity, and convenient arrangements.

If in history you are looking for anything suspect and leads to that twitch that there is something not quite right, an issue is often found in the probate and property implications in the context of the period and the locality. Also, it is easy to jump to conclusions. Added to that, many of the documentary records are far from accurate in detail, and need as much checking and corroboration as possible. There is a great deal of potential for mistakes, and misinterpretation.

There has been a fashion for family history qua genealogy programmes in TV in recent years. They have tended to go for celebrities, and “interesting” cases, as well as having a recent migrant line to follow. As time has passed, as with the soap operas, there has been a sharp increase in the more highly coloured cases, and to give a top dressing of sensationalism and often questionable interpretations. Some findings are increasing dodgy and they have become highly selective.

John Prescott and his family have amassed a great deal of wealth, interesting in that for many years he needed free accommodation provided by his trade union. Some of this is alleged to be a result of the extensive urban renewal projects in some cities. It is a pity that no investigating TV programme has taken a good look at the scandals of the municipal leasehold reversion houses affair in Liverpool.

Chirk is famous for its castle, built by Roger Mortimer, one of the leading land grabbing Marcher Lords in the reign of King Edward I, the Norman Plantagenet married to a Princess of Castile. My sympathies are entirely with the people of Wales. Their history is chequered enough with tens of generations of land and property grabbing magnates. They could do without John acting like the Biblical prodigal son doing public penitence for the sins of his Welsh ancestors.

Of course, John is getting older, and has had an exciting life. Possibly, he is looking to take advantage of the superior health facilities in Wales. If so, I recommend that the first thing the Welsh should do is to bang him up in the dungeons of Chirk on the first charge they can think of.
Posted by Demetrius at 14:07