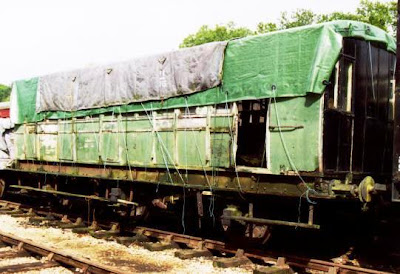 One of the “Private Eye” features is the “Jonah Brown” item by which anything supported by or encouraged by the Prime Minister inevitably has either a sticky end or encounters serious problems. Guido Fawkes claims this as his initiative, although I suspect that the idea has been around in one way or another for some time.

Having made the references here is one of my own taken from the South Eastern Railways web site, a mine of disinformation.

The new high speed service operates from St Pancras International to Kent and is part of a fully integrated timetable in the South East, marking the biggest change in 40 years.

"This shows the potential of high speed rail and we now must consider what it can do for the rest of the country."

Train services on all routes via Ashford International are being disrupted due to poor weather conditions in the Ashford area.

Short notice alterations, cancellations and delays can be expected.