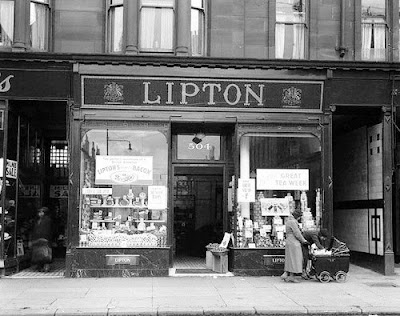 Forget the class war beloved of politicians and related matters. According to the polling agencies I know we are defined now by where we shop and what we buy. This might have a slight connection with older notions of social stratification but not much. I have thought of standing in the local shopping centre with a placard saying “I am a man not a market segment” but I would be lost in the whirl of leaflet pushers and large posters announcing more amazing offers.

The BBC rolling Info-Entertainment channel and similar programmes on terrestrial are paying a little attention to the world outside but the real message is for us to get out there shopping to save the economy and the government, boost our flagging levels of debt, and incur all those charges and penalties critical to the rescue of the government owned banks.

On Boxing Day they had lead commentators at the Buchanan Centre in Glasgow and the Retail Gallery in Gateshead urging us on. Both of these are owned in part by Land Securities, a major property and real estate firm (PRE) based on London with international scope and financing. They are managed by DTZ, which claims to be the Worlds Largest Real Estate Advisers, again based on London.

The other big firm involved in the Buchanan Centre is Henderson Global Investors. At last you might say a Scot for Scotland, but not so fast. Back in the mid 1800’s they were in Dumfries but went south to the City of London, where one became Chairman of the Great Central Railway, with the great vision of connecting the north of England and Scotland to London Paris and beyond by high speed rail. Henderson was thinking Global over 100 years ago. The line that was built was scrapped in the 1960’s by British Rail.

Land Securities also has the Livingston mall and others including the St. David’s Centre in Cardiff. No wonder The Telegraph, owned by the Barclay Brothers, also PRE and of Sark, claims that a strong London is good for Scotland. But some of us think that an over mighty London allowed to do what it wants has caused most of the grief of the last couple of years and on a global basis. Henderson is now just a name on a big PRE and global player.

Meanwhile, south of the Clyde elsewhere in Glasgow in Pollok, home to Pollok House and The Burrell Collection, with close by the newly created and more popular location is the Silverburn Centre, a large recently built shopping mall. Unluckily its original owner has had problems and it has been sold off to the major Canadian Pension Fund which needs to improve the income streams from its damaged asset base, and Hammerson a London based PRE with global interests. Hammerson also owns a large chunk of the Union Centre in Aberdeen.

Checking out these shopping malls for the retailers etc the majority are familiar names. Almost anywhere I go to in the UK in the malls and the High Streets there are identical frontages and the same goods on offer. Track back amongst these retailers and you soon come to a raft of PRE’s, Private Equity companies, and global financiers. How has this happened? Well it is partly due to the Scottish Cabal grip on the New Labour UK centre of government and of financial regulation. One piece of work was the institution of REIT’s with huge tax advantages to the PRE companies who became one.

They are Real Estate Investment Trusts with a special status. Mostly based on the City they have had access to large amounts of the funny money created in the last decade. It is one of the many ways Brown, his cronies and City of London fly boys with their pals in Edinburgh have stoked up the substantial inflation of property prices and debt levels (this does not mean values, to be technical) that mistakenly has been called a boom.

When you go to shop in any of these centres the price you pay will help the retailer pay its rents and charges to the owners and managers. Also they will go to pay the transport costs from the distant suppliers, and eventually the manufacturers of the goods, who are mostly elsewhere in the world.

A high proportion of the income stream realised will finish up being channelled through London by companies which already have tax advantages to offshore locations and financial entities which have even more advantages. It is not simply a UK or retailing phenomenon, Geely the Chinese car firm that recently bought Volvo of Sweden has a large number of Trust companies based in the Cayman Islands. Recently the Caymans introduced new Trust facilities which have proved very popular. There is an interesting propinquity between the Blair’s complex affairs and some of these developments.

Ironies abound, the cost to the Treasury of the tax advantages granted to the PRE’s on REIT was offset to some extent by the tax raids and stealth taxation on UK pension funds and others and it is a Canadian pension fund that will secure some benefit, but not alas a UK one. Around me post offices, pubs, and small local retailers have shut down in droves, wiped out by the financial advantages, power and subsidies given to the big boys.

One of Kaiser Wilhelm II favourite jokes about King Edward VII was that he liked to dine with his grocer, Sir Thomas Lipton, who founded a retail chain at the turn of the 20th Century (picture above in Glasgow). This was certainly big business, but at least he bought his yachts in Britain and paid his taxes to the Treasury, as well as being generous with home charities.

When I go to the remaining main town post office, now leased from a PRE, the rather higher charges I pay in part go somewhere offshore. It all adds to my rising living costs and I suspect yours as well. Additionally, it is the owners of all these PRE’s and the rest of their supporting finance elements that are amongst the real power brokers and puppet masters of politicians around the world.

If Scotland does vote for political disengagement from London and somehow or another more disposable income is left in the pockets of Scots, what will they do with it? Go shopping?
Posted by Demetrius at 13:28