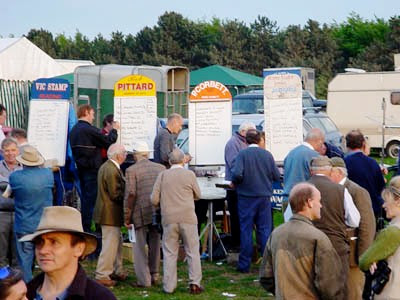 In all the welter of announcements, initiatives, declarations, promises, allegations, and the rest that have been made to command the media before The Forbidden City disbands for the celebration of the Solstice, one thing is worrying about the great gamble the government is about to take with our future, our incomes, our savings, and all our prospects.

What exactly will the government let it be known during the vacation period, say late on 24th December, or 31st December, that it would prefer the opposition, the media and the absent bloggers to miss, or pick up on too late, or be issued in a form difficult to comprehend or analyse in the time available?

Moreover, what is not being said and why? There are a number of possibilities, for which I have little or no evidence and only instinct and a nose for bad business. A serious complication is that anything will be geared to the timing of the general election to come.

At present it is suggested that 25th March 2010 is possible. This is a fascinating choice, once better known at the old Lady Day, one of the key Quarter Days of the year for generations past, and used for all sorts of payments and contracts. It derived from the Feast of the Annunciation of the Blessed Virgin Mary. Why such a date should occur to such a secular government is interesting. Perhaps it could be the subject of an Easter Mystery Play.

It is also the saint’s day of St. Dismas, the good thief of the Crucifixion. Given that the Prime Minister is a son of the manse, perhaps he is about to become an apostate in the same way as his predecessor. If so it is an interesting choice of name for the Confirmation into his new faith.

But to get to the point, what are the items they cannot hide or delay but will not want to attract much attention to? On 9th December I referred to the absence from the scene of Lord Peter, is he really in a sulk, or has he been doing the rounds of the oligarchs or Europe or both to stop the UK going under in the next few weeks? If he has been doing deals, then that means concessions, big ones, perhaps very big ones, and wrapped up in a way that is not obvious, and not made much of at the time. I suspect something important may emerge when a big story is dominating the media, say a takeover of Manchester United by the Chinese, and Sir Alex Ferguson giving up his gum for chewing on noodles.

We have heard about Tiger Wood’s super-injunction in the UK, which may account for the relatively restrained coverage of his problems. Perhaps there might be an admission that some major debtors have been bailed out who might not be quite so popular as the likes of Sir Fred Goodwin and who have obtained such injunctions to prevent either publicity or investigation. The company whose head described the clients whose savings were being ripped off as dribbling geriatrics comes to mind, but who else? Has the man who owns a football club adjacent to Kensington been getting help in return for promises that Russia will not cut the gas off? Someone, somewhere, but who and why?

We have already had a guarded admission that some pension rises will be frozen. Given the scale and extent of the pension issues in overall government liabilities there has to be something else in the pipeline, something may emerge. This is unlikely to happen for the public sector without a parallel adverse action in the private. Both the Tories and Lib Dem’s may not want to say much as well.

There are issues with the Balance of Trade, once central to the economic strategy of governments. Because of the increasing size of the deficits something will have to be done and soon that will have significant reactions. Moreover, it is no good talking up consumer debt (BBC style) or trying to direct quantatitive easing into consumption without worsening the adverse Balance. Add to that the money leaking into The Parallel Economy that is funnelled overseas something has to happen.

With inflation on the way, which I have long believed, and measures are needed, then given the few options that will be available and their potential unpopularity and effects, then it is likely that only bits and pieces will be leaked over a period.

This is evident on the announcement about the Chinooks for the Army, intended to suggest improvements. On examination it appears that they are replacements for the current rate of loss. If that increases, then the total will diminish. Reductions elsewhere are characterised as minor adjustments. To me, as well as to those I think in arms, they seem to be the sort of damaging uncoordinated tinkering with service budgets which is the hall mark of this government.

There are all sorts of items that could prove difficult. Sorting out British Airways is one that is increasingly likely, and other commercial embarrassments. If the racket in Carbon Emissions Trading is about to hit other sectors of our economy hard as well as the steel industry the less attention this attracts the better before the election, and before anyone else can be blamed.

Doris Johnson (to borrow a Guardian error from the past) has suddenly demanded extra help for Crossrail from other local authorities. Does this mean it could be for the chop, as well as a raft of other rail services to cut the subsidies. South Eastern Railways have already whacked their customers on the ordinary trains. There are a number of issues with Crossrail; it is one of those projects doomed to go way over budget and then be in the wrong place. It is North to South that needs improving, no longer West to East.

The area to watch is welfare and benefits, these could be due for adjustments of all kinds in detail introduced quickly by regulation on the quiet and without publicity. In other words Stealth Cuts that will impact on the most in need. Care in the Community could be pushed to the point of collapse and a great many support services badly affected. This would materialise only months after the election.

My difficulty, and many other peoples, is speculating what items are pending and cannot be avoided, or at least fail to attract attention of some kind. One thing I am certain of is that there will be quite a few things, but what? It is my belief that despite what the rating agencies say, the UK effectively is already in default. An entity that depends on borrowing money it creates itself to meet its basic commitments is already in deep trouble and inflation is default. I have lived too long not to know that and to have experienced it. Does anyone remember Post War Credits?