Saving The World - The Parallel Economy 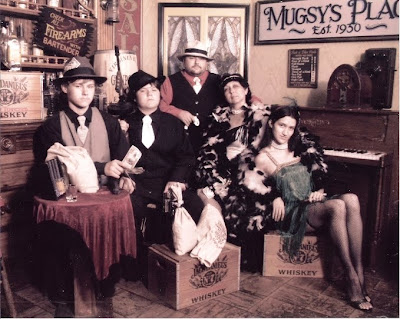 In the media there have appeared reports of comments by Antonio Maria Costa the Head of the UN Office of Drugs and Crime to the effect that in late 2008 what saved the world from a complete financial crash was not the activity of governments and central banks.

Their quantatitive easing and issue of money seems mostly to have circulated round a narrow group of organisations. It may have boosted the figures but it didn’t do much else. What did the trick was the real and active substantial liquidity from the cash circulating from the proceeds of crime, notably dealing in banned drugs.

One idea I have been peddling to widespread disagreement and scorn is the notion of a The Parallel Economy. All our established experts, commentators, and media are concentrated on the long standing proposition that there is an official Gross National Product that can be measured, and which can be “improved” or “grow” to the benefit of us all.

To discuss this would be too long a job. It is enough to say that whilst it is a happy idea there are a lot of problems in devising these figures, which The Treasury and the Office of National Statistics know about but say very little. There are many more problems if politicians and others with a close personal interest are left in control of them and with a need to continually massage the figures upward, regardless of the realities of the economy.

The doubt in my mind relates to long ago during the 1940’s in particular when the State had taken control of the supply of food, consumer goods, and the operation of the known economy. During that time there was a huge expansion of barter, the exchange of goods acquired illegally, and the mutuality of services rendered within communities that were not cash based.

None of this was recorded. Nor was the amount of food and goods liberated from the American forces stores, or that went astray in the docks, or that came in from Ireland, often in the high old fashioned perambulators on the ferries with wailing babies perched on top, and the variety of items that came from home workshops and gardens. From engineering factories with lots of bits of metal all sorts of things could emerge, notably cigarette lighters in my experience.

In some urban areas there was increased organised criminal activity that had a significant impact, notably in hard liquor, desirable luxury goods, “personal services” and extra to ration supplies of scarce foods and fuels. In some cases this was self-regulated to all intents and purposes by crime bosses because of the workload on ordinary police forces and their manning problems. This was not helped by the scale of population movement and the disruption of communities.

A consequence was the “regulatory” capture of some forces by the wealthier and more powerful criminals buying protection from the police to help them continue in control of their patches or chosen activities. Is there something familiar in all this?

There are few economists studying The Parallel Economy, there is no career in it, and certainly no research grants from The Home Office or The Treasury. Some brave men have attempted to put a figure on it, but they are the first to admit that any figures are speculative. Given the scale of drug taking etc. alone in the UK it is likely to be a very large figure in any case, and the higher it is and the more extensive the activity, the greater the scope for inaccuracy. This could be almost as much as in the official figures for GNP.

As well as ordinary criminality, there is also the many ways and means of tax evasion and many are at it. The jobs done cash down, for example when I go to the cheap car hand wash behind a shed up the road, I can be sure that little or no tax is being paid. All the money shuffled about here and there, much of it through tax havens that is not registering anywhere. There is quite an irony in this.

After 1945 there were a few Polish refugees around near us many doing odd jobs for cash and a couple were found jobs in a factory where the Chess team were a real force, moving from the then Parallel Economy into the official one. They were very good and major trophies were won. Sixty years later I am round at the Polish car wash helping them to earn a bit. They are part of The Parallel Economy.

Little did I know that last year it was me and the Poles who saved the world, along with the hoodies in town behind the market selling banned drugs.