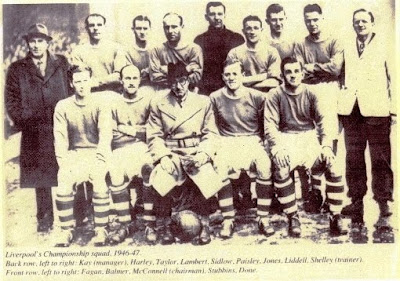 As the football industry staggers towards the next opening of its player trading period, the media and much else is swamped with speculation, forecasts and all the spin and hype that money can buy, and expensive money at that, the interest on debt will be at market rates. The English Premier League is one of the leftovers from the last boom. Were it not for the huge tranches of money paid in by Sky TV, ESPN, a couple of media sideliners and a few global gamblers the whole shebang would be worthless.

Once, Sky had a monopoly and set a price convenient for them and which did enrich a number of clubs, but the EU and others wanted competition. This according to market theory should reduce prices and make goods or services more accessible. But it was not competition; it was a contest between members of a cartel to grab what they could. Guess what? The poor old consumer is now paying a lot more, getting a worse service, the money that used to trickle down the leagues no longer does, and they have stoked up a money frenzy bigger and better than either the Emperors Nero and Caligula could manage.

At the dawn of 2010 what have we got? It is conceivable that by the end of the year in the English league there will be no Premiership clubs in East Anglia, or south of the Thames and Avon (the Midlands one) outside North London. At present none of the East Midlands clubs are there, and that may still be the case by 2011. At the moment the West Midlands is still in there, but without the big money.

In North London, Fulham is owned by a persona non gratis who funds it out of a fashionable retail store and whose money is off shored. Chelsea is owned by a Russian oligarch, whose money is off shored. West Ham United is quasi-nationalised in hock to a bust company in hock to a bust state owned bank (BSOB). Arsenal has mega-debt and whose ownership is now in dispute between the Russians and the Americans, will the gas be cut off before the dollar implodes? Tottenham Hotspur is owned by some interesting people that I have lost track of.

Oop North, down in the basement, of the original clubs in the League Accrington Stanley held on by a whisker from the pursuing tax man, and Notts County are a bargaining counter. In the Premiership Liverpool are in mega-debt to RBS (a BSOB) and blowing fuses in a way eerily reminiscent of the early 1950’s when they were suddenly relegated. Everton are struggling, faced with the familiar issues of too little money and too many ambitions, and like Liverpool with a stadium issue that is costing them time and money. In the 1950’s they too were relegated.

Man U have mega-debts in the USA that could go badly wrong, but Man City have found some god-fathers, but only so long as success is found. All the other clubs are financially on a wing and prayer; meanwhile large cities like Leeds, Sheffield, and Bradford have no Premiership team. The North East has only Sunderland, but Newcastle United may rejoin them, less by the quality of the squad, but more by the fact that they did keep a good many of them, enough to give them an edge over an increasingly weakening Championship League but they have little money to spare.

Around the clubs are a cloud of financiers, agents, dealers, public relations people and whole ungodly crew of the media. It might all just become difficult. Where are all the new fans going to come from to replace the old? A good many older ones are becoming fed up with being ripped off. Many games seem to have more seats vacant, and as for TV, which underpins everything, some of us are getting bored. Setanta miscalculated and paid the price.

What happens if the oligarchs and others realise that there are better ways of having fun and attracting media approbation than wasting money on a futile chase for football prizes. The world has other prizes to offer, and other places to seek and to hold them. What happens if the BOSB’s have to pull the plug on their worst and most toxic lending, and this includes football clubs and their bosses?

Back in the 1870’s to 1890’s members of my family were involved with both Everton and Liverpool, and cousins with Morton and others, including the Royal Engineers. Down the decades there has been continuous contact and interest until recent years with both personal and family involved with this team or that as well as interest and support. Now it is going and almost gone, the professional game is simply a major financial operation based on hype and the media, and has become increasingly removed from its old fan base. Moreover the finances simply do not make sense any more.

I was standing in a shop looking at a big HD screen showing a blu-ray disc of something very enjoyable and interesting. Doing this would be a whole lot cheaper in the long run than bothering about going to football matches, or even watching them on a Sky subscription. It was tempting, very tempting.