Cadbury - Never Give A Sucker An Even Break 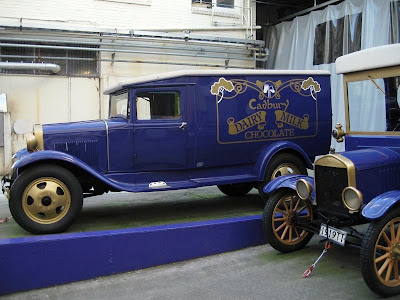 Boris Johnson, the Conservative Party’s resident fruit and nut case has emerged from his lair behind the bike sheds at the Mayoral Palace to rejoice at the possibility of a takeover of Cadbury’s by the likes of the Krafts Foods Inc, Nestle, or the Hershey Food Corporation of the USA. Boris is given to waving the white flag of surrender to the global financial elite. He has already done the Kowtow demanded of HSBC and other banks. Perhaps as a teenage oik of Oxford University he head butted too many police officers.

These are all companies which now have expanded far beyond their original home bases and contend for market share across the globe. It should not be sentiment that applies here, it is self interest. They have all been active in takeovers and in doing so have become properties of the major financial players, who in turn are in bitter competition with each other.

Cadbury is the only one of the four that is UK based, and in which the UK people might have much say in how it goes about the business of providing work, food production of one sort or another, and of course paying taxes. One of the major problems facing the government at present is that revenues are no longer up to paying for all our obligations and a reason for that it that it has presided over the atrophy of the tax base for the benefit of a small controlling group of financial entities.

We are coming to the point at which whilst the public sector employment and finance is more or less under government control, a great deal of the private sector, especially the firms that are in the hands of the mega-corporations, is foreign owned and funded. This means that despite all the claims of job saving and the rest, in the last analysis the UK government has to accept the junior role. So if Cadbury is asset stripped, the brands exported, and production moved abroad they are powerless.

Should the need to fund the government deficit and bail outs require major debt liabilities to other foreign financial interests, then even the public sector is not safe. As Europe will now have a superior financial authority over all its members, then even the City will not be able to continue in the same way.

To complain again about food supplies if Europe now effectively controls the nature and production of UK agriculture, and most of our food manufacturing is in the hands of a small group of non-European mega-corporations this ought to be a real concern. Asda is already American owned, Tesco is off-shoring on the basis of global finance, Morrisons is uncertain, which leaves only Sainsbury and Waitrose as essentially UK food retailers. So primary production, secondary production, and distribution of the bulk of our food supply will be all beyond any effective UK government control.

Boris may enjoy dining on cheap buns, rubber chicken, and even more rubbery cheese slices, but some of us don’t. More to the point we do not like a large part of our spending providing only jobs elsewhere, whilst our taxes rise to essentially subsidise and support our new masters in their shiny headquarters far far away.