Copenhagen - Wonderful Queen Of The Sea 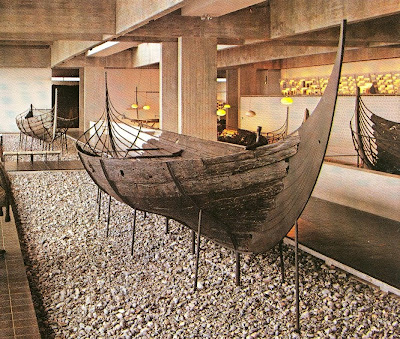 It was thirty years in November since I visited Copenhagen on an official thing. It was cold, wet, with snow showers and I needed the extra clothes. It made me believe the contemporary scientific theory of a period of Global Cooling. I had a good few days meeting and talking with interesting people. One best bit was a lunch at the Folketing, their Parliament, with a fine schnapps with cold beers when the politicians had to go off to urgent business and left it all for us to finish.

Expenses in those days were different. There was a fixed figure to cover the economy class air fare from London to Copenhagen and the modern equivalent would be around £3000. The other expenses were down to the individual. I managed to contain the travel, hotel, and sundry other costs within the figure by a surface travel package, Harwich to Ebsjerg and rail to Copenhagen. This took a lot longer, but was more scenic. It was less than fun coming back when the ship hit a Force 10 gale in the North Sea. I wobbled for days afterwards.

Many of the leaders of the world are in Copenhagen to talk about Global Warming and what can be done, if anything. Some will be trying to emulate Lord Nelson, who at the Battle of Copenhagen, is said to have put a telescope to his blind eye to claim that he was unable to see the signal telling him to withdraw, and went on to win. Others will be doing deals, at the behest of their favoured lobbyists. Others will sign up to measures and then go away and do either the reverse or nothing.

The meetings of world leaders are becoming a travelling circus where the turns are all too predictable and which give little value for money. Quite what the total carbon emissions are is impossible to calculate but they will not help much. One aspect is that all or nearly all will travel by air. If anything is contributing to climate warming it might be air travel, because there is so much more of it, and a reason for that is the huge reduction in the real cost of fares since 1979.

There are other things impossible to control if human activity is at the root of the problem. In that thirty years the world population has increased substantially, it is now more urbanised, and more societies and peoples are dependent on distant supplies largely trucked, air or sea freighted, all of which burn fuels. Quite what major reductions can be made here will not be discussed. Inevitably, the more people, the more scope for intercontinental movement; as happens when long term droughts occur.

People have votes and politicians want more of them. We have learned recently that the Blair government was importing migrants as future Labour voters at the same time as cutting back on UK agriculture, claiming there was never going to be a problem with food security, reducing the number of hospital beds and maternity services, and making major economies in the care for the aged.

One source I have seen suggests that to have some sort of effective climate control means that the world should have been opening a new nuclear power station each day for a little time now, and for some time into the future. Apart from the obvious problems there is the question of the supply of uranium, which may not be up to it.

This will not happen, nor anything like it. While the USA is marching through Afghanistan much of its power infrastructure is deteriorating, many of its people depend on food stamps, it is seriously in debt, and now drought is being forecast in the West. The start of withdrawal is timed for shortly before the caucuses begin to meet at the outset of the next US Presidential election campaigns.

There is a great deal of discussion and information suggesting that a warming might be taking place, whether or not humans have much to do with it. When I am still walking around outside perspiring in my shirt sleeves in December, it seems to be possible. It is difficult to believe that the current scale of human activity does not have some sort of effect, if only to make a large part of the Pacific Ocean a rubbish dump. But Earth has its own ways, and it is uncertainty that we have to be prepared for.

The picture above is one of the ship museum at Roskilde in 1979, new then to show the Viking trading ships recovered from the fiord there. They dated back to the early part of the Medieval Warm Period, and the timbers are now known to be from the vicinity of Dublin in Ireland. In the 1970’s they were assumed to be Scandinavian. The ships are the same but the science and its interpretation has changed.

So the politicians and leaders can talk as much as they want to, do whatever deals come their way, and issue all the statements they need to keep the media busy. The chances are what they do will be the wrong things, and what they don’t do would have been right. Just like in managing economies.

All I would ask if I were there again is that they find a reason for urgent discussion and leave the schnapps and beer for me and my companions.