Drinking & Driving - What Are The Figures? 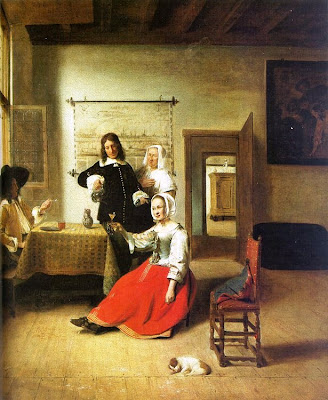 This piece is asking for trouble. How much is it safe to drink? Booze, I mean, not fluoridated water, or tins of fizzy ooze with a caffeine belt. There is no shortage of advice, including from the State. The problem with the official advice is that we have learned recently that the levels they suggest were arrived at by a committee decision.

Also, we know now that the advice represented a compromise between the little that was known, what was theorised, and what was thought to be manageable in the public domain. Then the officials got to work trying to marry statistical exactness with how they thought people drank and reacted, and came up with a right mess of units and pictures that baffle even the most devoted toper.

My own view is that it makes more sense to use the figures that are often in front of you. On the bottles and the pump clips we are given the percentage of alcohol, and we know the volumes. You do not need a degree in mathematics. If a litre has a 1000 millilitres, then it has 100 centilitres.

If a beer is listed as 5% alcohol, then in a litre that means five centilitres (cl). Even I can work that one out. To make it really complex, if you rate a pint at about two thirds of a litre, then that will be just over 3 cl. For practical purposes you do not need absolute precision. If you are near and the estimate is a little rough, as long as you are close to the figure you will know if your intake is high, middling, or low.

Then it is not too difficult. If you are consistently taking in high levels, then this might not be a good idea. If you are mostly low, now and again dry, with occasional middling and rare highs, probably not much damage is being done. You just need to have the general idea of what is low and what is high.

Unravelling the complexities of the official stuff (I will not try to explain), low seems to me to be about 20 cl or less per week. Their recommended top limit seems to come in at around 35-40 cl a week. So call 30 to 50 a week middling, and anything more than 50 cl of alcohol a week is going into the high levels. Again, this is a crude estimate, a very rough guide.

If you are going into the middle ranges of drinking, say 30 to 50 cl a week, then just double those quantities for easy calculation, at the lower levels this would be around two pints a day, alternatively about a bottle of whisky or a bit more a week, alternatively around four bottles of wine a week. Adjust for more in that category.

If your intake is consistently much over 50 cl a week, or well above those levels the official view is that you are taking risks. These risks will be compounded if the diet is bad, or there are other issues, notably medication and other pills and potions, notoriously cough mixtures and mouth washes.

With beer only it is easier to keep track and with wine only not too difficult. With spirits there is a problem in correctly assessing the total centilitres on a glass by glass basis, you do have to use common sense, or keep your eye on the bottle, and be prepared to use a conservative figure.

What the breathalyser figure might be has too many variables given food intake and nature, especially if alcohol is in any recipe, a real risk when eating out, metabolism, age, and other things. The safest figure is zero, and 3 to 5 cl could be risky given other factors to take into account.

If you are driving there are complications these days. There are flavourings and flavour enhancers in many products, about which little is known relating to the impact on alcohol. If they are there to boost the taste of the food, they might be boosting other things, apart from the sperm count, which will be in free fall.

There is a big nasty out there for the unwary, and that is the modern synthetic chemical loading of the person, clothing, and atmosphere, and the inevitable particulate contamination in the atmosphere. One substance much used is ethanol, especially in sprays and fragrance impellers, and this is alcohol and psychoactive, that is it hits the brain good and hard.

How other chemicals in all these products affect any alcohol that has been taken is not known. As some of them are impact enhancers, and designed to have a brain impact, the risk is that they could exaggerate the effect of any alcohol you do have in the blood stream and respiratory system and maybe when you are invited by a friendly copper to blow into the little box of tricks.

In the last two or three years the producers have overcome recommended limits by high level chemical engineering and the application of nanotechnology to massively increase impact and persistence. So go easy on the spray deodorants and keep clear of the air fresheners, you might just get a positive reading on the blower without having drunk a drop.

And stay clear of the floozy or the gigolo who is coming on strong with cocktails and a scent that is even stronger.
Posted by Demetrius at 17:51