What Do We Want? 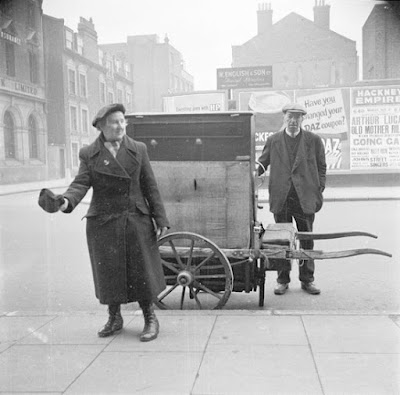 Who decides? This is one of the eternal questions at all levels and in all human life. It is easy to think that people will accept rational debate or want to consider the issues fully. In my sad experience it is all too often the reverse.

The question crops up again in the Labour Manifesto where it addresses the implications of commercial companies, public and private, who are faced with a variety of decisions, often with manifold choices.

'At present directors owe a duty to promote the company for the benefit of the shareholders, and must only have regard to employees, suppliers, the environment etc. Labour proposes to amend the Companies Act 2006 so that directors owe a duty directly to these groups and will consult on who the duty will be owed to."

Quite why the consumers are omitted is a question, but perhaps it is assumed that their interests are taken care of in sales. This is not always the case. Also, it is assumed that the providers of services or goods who are government authorities or agencies do this when all too often they do not.

The picture above is from around 1950. Had the public been invited to vote as to whether television should go national in the post war period and the experimental London TV service expanded or closed what might the result have been? One can imagine the arguments put forward. What might The People have said?

We have the radio, isn't that good enough? Only the posh can afford TV sets, why should we pay for something we can't afford? If people stay at home what will happen to the cinemas that most of us like and want? It could never compare with the music halls and live performances. All that money for a big box with a nine inch picture?

As we know TV impacted on a great many people and interests. One can only imagine the strength of the opposition that would have been put up by the interested parties to get a "No" vote. Also, the newspapers wary of competition for news services etc. Then, who would decide what people might watch? Clearly, this would be a worry. We might all be forced to watch advertisements if it got out of hand.

The above implies majority voting. In the world of today, you may not need a majority to put a stop to something, often only the efforts of a small minority are needed. Again taking the picture above, it would take only the protests of a few Irish washerwomen to see Arthur Lucan and Kitty Mcshane's act banished from screen and stage.

This is only simplistic matters. More seriously, it could allow any existing company to resist competition or any group to rack up the production costs of a targeted company wanting to start or expand their business. It would encourage any lobbyist for any reason to block any new development.

All would become dependent on the state and its local agencies. If you want to see what Labour's vision of the future is, it is not just that of Venezuela recently, it is much more like the Argentina of the time of the Peron's. Wikipedia on Juan Peron is useful.

Don't cry for me, Argentina.