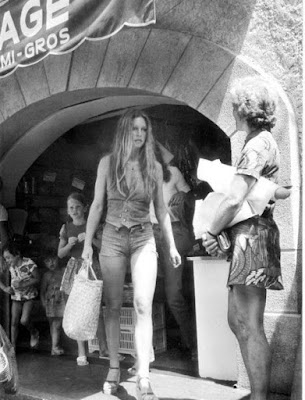 Some of the media is howling about going back to the 1970's as a consequence of the emergence of the Labour Manifesto from its chrysalis.

Strangely the idea of some of the privatised etc. sectors now largely or wholly foreign owned by major cartels being repatriated offends the "right wing" media. This will not be easy.

However, for someone of my age a return to the 1970's may not be all that bad. We were at St. Tropez a few times, camping, and mingling with the international jet set then in place.

In 1975 even shopping for the groceries, see Brigitte Bardot above in that year, could have its attractions.