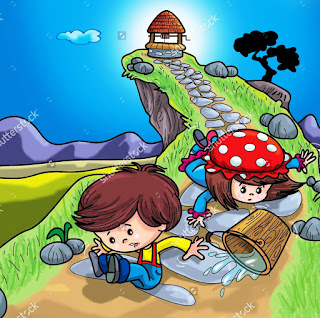 Just along the road a man has had an external car wash fitting put on the front of his garage. Retired without a job to do he has made his car the centre of his universe. So it is washed after almost every outing. He must use in a month on his car etc. the same amount of water as a village in one of the drier parts of the world.

In 1976 in the UK there was a serious drought; a long dry spell followed by a hot period when temperatures were high. During our holidays we went to the South of France to cool down. It was a sweaty ride up the A1 home. On return our lawn was a scanty brown, but some neighbours had managed a green and pleasant land despite pleas and restrictions.

One rose at after midnight to get in an hour or so to water his lawn secretly but oblivious to the fact that the sounding of swishing water in the quiet was all too obvious, let alone the hedges dripping with water as dawn broke and the bright fresh shine of morning.

There was at first a panic, then a blame game and a cry for summat to be done. When the rain returned it was soon forgotten. Since then we are into our tenth General Election, in all the promises and made and policies declared I do not recall much if anything at all to do with water supplies.

There was vague talk about desalination plants, but these were expensive and needed energy. More to the point they had to be somewhere on the coastlines and nowhere wanted them. The greenies threw mega wobbles at the very idea.

One of these is "free" or cheap water in unlimited supply. It is just assumed and is a powerful incentive for many from the hotter places where it is not cheap or indeed easy to access. We are arguing about climate and about energy policy. But water supply has been low on the agenda, if there at all.

The few of us that look across the millennia at climate and weather patterns and their effects on food supply, population and economic matters will be aware that the last century has been but a brief blink of time. What happens next we can only guess and hope. What we in the UK have been doing with water policies is simply hoping.

We could use our imaginations. A high pressure here, a low pressure there, a few marginal shifts in winds and changes in temperatures and there you go. The Atlantic Isles becomes a dry desert region that can support limited life who can survive. The politicians, financiers and techies have fled leaving a population that depends on the nearest well for its supply of the most vital commodity.

Go to Youtube and put in "There's a hole in my bucket" for the children's nursery rhyme that is probably an accurate summary of our present policy for water supply and management.