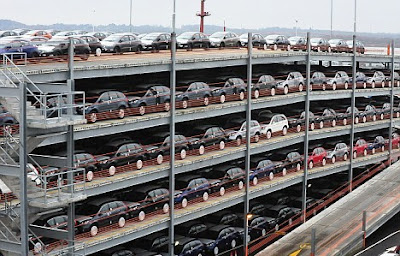 There is to be a General Election. Preferably I would like to judge from the party manifestos which has the most sensible and thought out policies for the future in maintaining the Rule of Law, Defence, Foreign Affairs, Social Security, and other sectors of government.

What I am getting is batty and lost marbles bright ideas that the politicians think will garner the extra votes needed in the marginal constituencies. I read that Jeremy Corbyn says that a Labour Government will end hospital parking charges.

Car parks are an economic cost of our present travelling habits. Who should pay these? The users? The places that need them for the users, in the case of hospitals the NHS? The State? The old age pensioners, sorry about that, just exploring the wilder shores of policy.

Our local hospital is at the edge of town. There is a frequent cheap bus service, in effect partly subsidised by the Council. In the morning it is busy going to the hospital but not going back. In the late afternoon the reverse applies.

This would mean that there would be a strong incentive for car commuters to our town to take advantage of this by those from that direction parking at the hospital. The answer is for the hospital parking charge to match the town centre charges at least, with the staff having its own.

There is another matter, the hospital is a short walk from a commuter railway station to London which has hefty parking charges. Rail subsidies are big enough without giving free parking. This might well encourage people to walk up to a quarter of a mile; exercise which will do them good.

Given that the commuters will park from around 7 a.m. to around 1800 p.m. or later, the incentive to use it is strong unless the hospital charges match or exceed those of the railway station.

I suspect that there are similar cases like this dotted around the country and it will not be long before we have promises of free parking for all, any time, anywhere, subsidised by the State. Of course, those who use taxi's will need to be reimbursed for their costs as well.

See you at the bus stop.