Thinking About The Numbers 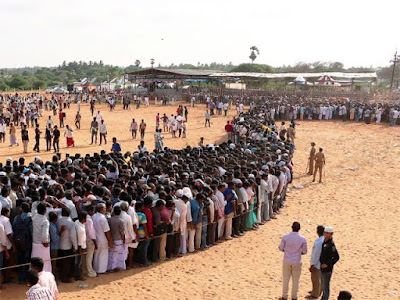 In the coverage of the Manchester bombing attack the question has arisen about the size of the Middle Eastern terrorist element in the present population of the UK. A figure of 23,000 has been quoted. But what is meant by this?

Broadly, there are three potential groups. The first is those who are willing, able and likely to be active in making attacks. The second are those in support, one way or another but not the front line. The third is those who sympathise, condone and regard themselves as being of the same people.

They are not fixed groups. Some will come and go, some will switch between groups and some will be more or less active in time. Also, if the figure of 23,000 is anywhere near the first group active number how can there be so many? Personally, I think this figure may be too high, might it be around 10,000?

But if over a ten year period, there are 100,000 young men a year coming in and many of that population group, then you can have around a million. So having 10,000, give or take a few, is possible in the event of strong beliefs binding them together in a common cause. However, of that group only some will strike.

The active terrorists who strike may be only a small number but they will be enough to cause major disruption, anxiety and disasters. They may be hard to track and predict given the support group they have and being within a larger community of their own.

Dealing with them will be a much greater problem if within the general population there are many with ideas or a perception of history that lead them to accept justifications of the scale and nature of the potential terrorist activity and the demands of the wider groups that support them.

Then there is a lack of understanding. We are shocked that the attack in Manchester should happen at a Pop concert for a young audience and their families. But for this group of believers such a music event is an example of the badness of Western life and part of that which should be ended. In short for the terrorist the attack was an act of faith.

When a few years ago our politicians were welcoming the new millions while at the same time sending in the armed forces to invade and bomb the home countries of some of them none of them ran the numbers. Also, when they came many did not embrace the popular culture of our time which they were supposed to do.

In fact, they did not like what they saw. Now we have a General Election, called because there is a time of hard decisions to be made by a government willing and able to make them. Whoever wins, the manifestos suggest we are not going to get one.

If our security services and police are good, allowed to and lucky, the attacks might be limited, if not the prospects are bad. It is said that since police stop and search was restricted the numbers of stabbings and gun crimes in districts with gang cultures has increased sharply. Goodbye privacy, hello keystroke checking.

In past centuries and in particular the post Columbus expansion of Europe, the Spanish, Portuguese, Dutch, French, British and other colonial ventures and empires were often the product of small numbers of men either displaced or ambitious for land taking their chances in distant lands.

Francisco Pizarro   c1471-1541, also Gonzales, see Wikipedia, is a key figure in this, perhaps triggering much of the later surges of adventurers and migrants. It is arguable that the British Empire began with its 16th Century pirates stealing Spanish gold and then realising it might be better to claim a part of the districts of its origin.

Charles James Napier 1782-1853 is an interesting British example, see Wikipedia. The section on his attitude to slavery and plunder is worth a look. But times change; he is the kind of man we prefer to forget and there are some of us who would welcome the Amirs of old and allow them to take charge of our localities.

Britain in turn has been part of other empires, the Roman, the Viking and the Plantagenet. Again it is remarkable how few men were needed to invade and take possession and how easily many of the existing leaders were defeated or welcomed the incomers.

In 1066, the figure for the invasion by Duke William of Normandy and who fought in the Battle of Hastings for him is said to be around 10,000.