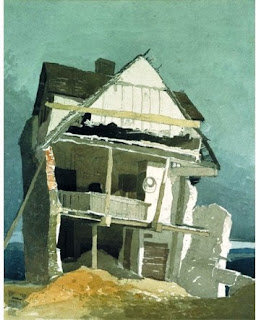 Given that all too often one mess is critically involved with others and cannot be solved unless this or these are dealt with not only increases the complexity, it means that the politics, the politicians and the people are likely to be at odds among themselves and with each other.

The present property, housing, inheritance, benefits and related issues raised by the Conservative party in their manifesto promising to make a decision on the present mess breaks another of her rules for life, do not make promises you cannot or will not keep.

The 1909 "People's Budget" of Lloyd George's is a likely start date for the present situation which means that it has been 108 years in the making. As we know, Lloyd George was long on promises and short on delivery, unless you were after a peerage and could come up with the cash.

His successors have not been any better, often rather worse. As almost all of us have housing as a major concern one way or another this has meant endless promises; all General Elections have these matters as a leading concern.

But we have an electoral system where the decision rests in a minority of constituencies and within them the voters at the margins. In the 21st Century some types of voter have become more volatile maybe switching overnight at the hint of a legislative regulation or tax or benefit variation that looks right for them.

Discussion and analysis of this would be good for a long thesis or a learned book. This blog needs to be brief and like political promises understood in simple terms. But that is not possible, all I can truthfully say is that the whole field has become a lottery of politics and government, defying rationality or sensible lasting decisions.

It is possible that a crucial reason for Ms. May to go to the country was that in the next two or three years it would become impossible to satisfy all the demands, fulfil the promises and placate all those who would be among the losers. Worse, there was a prospect that it might be necessary to have fewer winners but more losers and those among your key supporters.

So she went for broke. The trouble is that given the way the world is going whether she wins or loses, and perhaps especially if she loses, we shall all be broke.