What About The Workers? 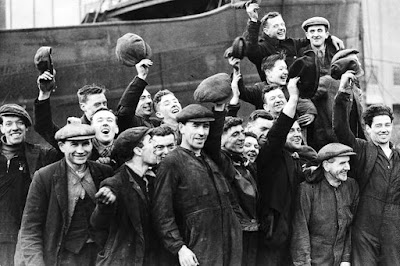 There are many and various matters  which will receive scant attention or discussion in the General Election. Or, if any, what is claimed will be removed from either the realities or what might be done.

We hear a lot about skills and how we are short of them and need to import them. What is not said is that one reason is that in the last couple of decades at least, maybe more, politics and government have relegated training and apprenticeships to a back number, bodged and fiddled.

There are many reasons for this. One is that schools are judged more on how many bodies can be packed off to a university than on how many actually finish up in the jobs being created and are trained in the basic requirements.

Given the way we are governed when it has become clear that we have a problem in apprenticeships and training, a posse of media advisers, PR men, senior civil servants and the usual suspects are asked to come up with some answers, preferably cheap that do ot impinge on any other interest.

In short the effect is to deal with a mess by creating a bigger brighter mess. The ones worst affected luckily are people with little or no say or are among the groups we do not bother with these days. The ones running the show are low down in the political and government pecking order.

This brief article says what should have happened.

This later brief article tells us what is, or rather is not happening.

What has happened is that the whole process was made very complex for firms and companies and others who need simplicity and clarity. Add to that is that to complete and qualify, often added steps and requirements are built in to an extent which guarantees high rates of failure.

When we have a skills shortage the shortage is increased as the net is widened. So then we import the skills from abroad. Because they are foreign they are recognised despite being nowhere near or equivalent to the UK requirements.

A little like replacing the undertakers, because they are not up to speed with environmental issues, with dustbin men from wherever.