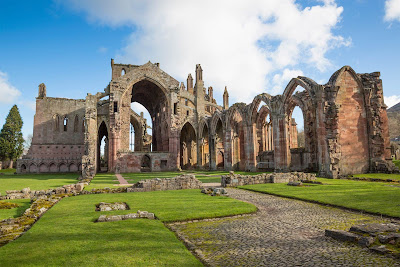 There are reports that around half the Church of England Cathedrals in England are experiencing financial difficulties. Not only have many of their costs risen due to recent legislation and the rest, but time and air pollution have taken their toll over the last century.

But the congregations have fallen in number and they are no longer centres for the rich and wealthy to display their wealth or their attachment to that Church. They depend now to an extent on tourism, use as arenas for performances and other activities.

These were buildings that often took generations to complete. Now in structural etc. decay it does not make many decades for the situation to become critical for many and this is what has happened. Nor is it Satan, only the human failing of not allowing for maintenance and running costs in doing their calculations.

At one time, the Church of England could call readily on the governments, national and local, for some funding and often hidden subsidy. Now we have different communities and there is a real issue if monies are directed to one particular faith.

Then there are the people who do not help. They suggest the buildings can be taken over, in part or whole, and used for varied community purposes by such as local authorities or other agencies. Then the argument is that this makes them "free".

But they are not free from all the costs of keeping them standing and in a condition for use,  never mind the preservation of ancient art and sculpture. This at a time when all governments and agencies are facing severe pressure on taxing and spending because of all the commitments promised and undertaken.

In the Middle Ages not only did we have the Cathedrals and all the churches, great and small, but we had the monasteries that rivalled them is size and costs.

Whatever happened to them?