No Sense Of Smell 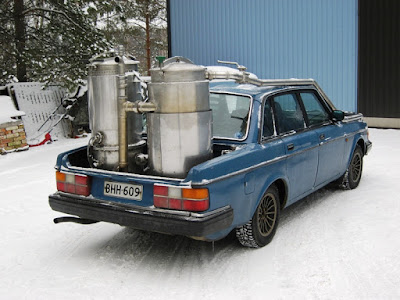 Forty odd years ago in a job that required a car to use as well as for family reasons, when in the office between cups of tea blokes would talk about cars. Jack, now long gone, something of a motor head, was keen on diesel cars and their cost saving at the time. With my mileage, he had a case.

But they did not have the acceleration and other advantages of the petrol cars, notably the versions with the bigger engines. As my mileage involved a lot of motorway runs I wanted that and the speed to stick out in the fast lane. It cost more, but for me it was worth it.

In those innocent days, the environment, climate change and fumes were far from our thoughts. But many still did not like the stink of the crude diesel at the time. With trucks and buses, being behind one for any time could mean a long slow coughing journey.

When scientists said petrol was ruining the planet we believed them, the petrol stink was convincing enough. Quite why the politicians and governments lurched towards diesel is one of those mysteries difficult to fathom. It simply did not make sense.

Inevitably, now, we are told that diesel is bad as well. It was little surprise. Veterans of the age of coal knew that whether the coal or coke was used on open fires, stoves, boilers or what then what came out of the chimney was not nice, especially in a cold day with no wind.

Then there are the uses of petrol-chemicals in quantity that no politician wants to talk about. Let us just say the population is now eating them, drinking them and plastering them all over the body. And they have their own pungent smells as well.

Of course, we could try to go organic. When, I wonder, will the car makers mass produce a wood burning motor car?