A Matter Of Taste 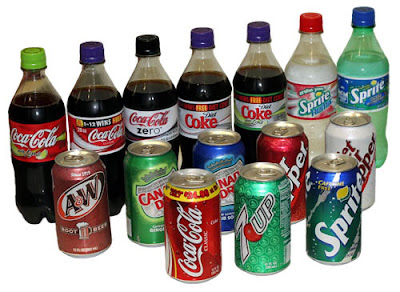 Long ago my mother was told by a her doctor to take a swig of Lucozade now and again because it would be good for her. He had qualified before the First World War at an Irish University, and kept up more with the horses than medical science.

At times I might take a secret swig of this elixir and liked the strong sweet taste. In the days of sugar rationing this was a rare treat. But as time wore on the delights of mild and bitter became more desirable.

Then along with the Yanks and dietary freedom came the fizzy soft drinks, in bottles and then in cans. When family shopping became a part of life it was very tempting to take one or two, OK perhaps half a dozen to put into the fridge.

The advert's constantly on TV and in the other media told us how good they were for us giving us the sprightly energy we needed to do our work, whether it was moving paper from one side of the desk to the other or more physically demanding.

It took some time before the realisation that a refreshing cold drink actually packed in more sugar than was good for the system, never mind the waist measurement. The health warriors declared war on it. But it was not long before the makers came up with the sweet taste wanted.

I ought to have known that it was not as simple as that. In this article from Science Daily, lifted by the Daily Mail and others, the artificial sweeteners derived largely from chemical synthetics are said to be doing us no good at all. From bottom to brain they are doing their worst.

Now where did I put the newspaper?