It's That Man Again 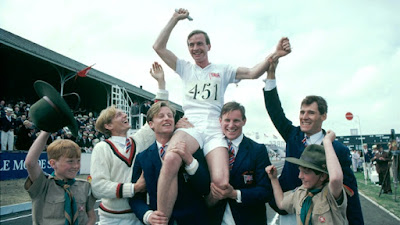 During the 1940's a BBC comedy radio show "It's That Man Again", see Wikipedia, starring Liverpool man Tommy Handley, was very popular. The title referred to a common catch phrase used to describe reports about the warmongering European dictator whose name began with "H". No, it was not Hirohito, go to the bottom of the class.

Quite why Red Ken Livingstone, the Lost King of London, should be so attached to this ancient joke is a puzzle. Born 17 June 1945 the H in question had gone a few weeks earlier. Worse he is alleged to have become attached to certain racist views of the followers of H.

Given his status as a Londoner Primus I was tempted to take a look hoping to discover Jewish migrant forebears for Ken from Eastern Europe in the 19th Century or before, or even those from other climes of earlier ages. But no luck, but there was other things that caught the eye.

Wikipedia says that Ken's father was from Dunoon, Clydeside. Another man of the Clyde, David Moyes, football manager perhaps only for a few days more at Sunderland, bottom of the Premiership, is a Glaswegian also in trouble for what he said. Could migrant Scots from the area of The Clyde be excused on grounds of cultural ethnicity?

However, there is a possibility that Ken's parents may have met in Liverpool, this should raise a laugh. Dunoon is the other side of the water from Ayrshire. Nicola Sturgeon is said to be of Ayrshire stock. Could they be connected, if not related? They would make a lovely couple. Ken's ideology might make a good fit with that of the SNP.

One thing did raise the eyebrows. It seems that both of us had grandfathers in the line at The Battle of Arras a century ago this year. Mine survived, just, his did not.

The picture above from "Chariots Of Fire" might seem out of place, but there is a surprising, if distant, connection.