Sounding Out The Past 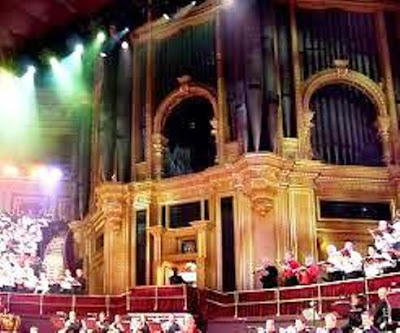 The news of the week has been a time for some reflections and to consider the odd connections that arise.  One major event for the media and many people is the sad and tragic loss of Cilla Black and a pity of it is the silly things that are said and how few understand where she came from in all senses.

Then there has been the ongoing business of the alleged end of the Labour Party with the rise of Jeremy Corbyn to head the leadership race.  I cannot claim to have forecast this, only to point out that history tells us the unexpected can happen in politics.

What is intriguing here is that his elder brother, Piers, an activist of the Left scientist, is in the business, real business, of weather forecasting.  His record here seems to be patchy, which is unlucky for those businesses for whom the weather is important.

Another loss which drew obituaries in a couple of the "quality" press and academic journals is that of Robert Conquest the Anglo-American historian and poet.  Once a Communist before 1939, at Oxford inevitably, he moved on to the Oxford and Buckinghamshire Light Infantry for the war.

This was the old 52nd, an interesting regiment.  His experiences led to his moving to The Right.  More to the point he became one of the leading academics and crucial to the business of deconstructing what the Soviet Union had meant to its people, especially during the time of Stalin.  During the War, he had been held up as one of the giants of politics and statesmanship.

Robert pitched up at the London School of Economics in 1956 in time to be with Ralph Miliband, Michael Oakeshott, Donald Cameron Watt, WN Medlicott, the International Historian, Allen the statistician, Carus-Wilson and Fisher, the economic historians, a mob of Keynesians, the early researchers into game theory; and a rugby club, largely Welsh, who debagged Lord Boothby in Soho.

One of my choice memories is in 1959 at the LSE when the Soviet Ambassador was allowed out to play with the other children in the shape of making a speech.  These were rare events and the place was packed.  Also, there was a rare collection of security hoods on the fringes.

We were confidently informed that within a decade the GNP of the USSR was to equal that of the USA and then surpass it during the 1970's, relegating it to a declining imperialist state. It meant that the USSR would be able to pursue its policies of bringing peace, happiness, wealth and contentment to its friends and neighbours.

Alas he was not well briefed but that did not matter to the believers and the non-believers did not get to ask any questions.  But there were some there who had not bought into the Stalinism then so fashionable amongst many of the Western Left.  My problem was that I seen some of the files which told me that the Soviets were as mad as hatters.

So what I find curious about Corbyn and friends was that by the late 1960's and into the 70's when it was becoming more evident to enquiring minds that the USSR was not a vision for the future and that Stalin's record was a horror that they rejected this in favour of the propaganda on offer.

In Britain however, the politicians staggered on and on failing to solve problems and creating new ones.  There were much relieved by the fact that much of the population had become fixated on a pop culture rooted in the sales needs of recording companies and show biz.  Which brings us back to Cilla.

Born on my parent's patch as Priscilla Maria Veronica White her parents had a shop down the road from the ones where my parents had worked, my mother was a White, no connection established, and at the end of the street where my grandfather was born, so there is a natural sympathy for the lady.

She became in time Mrs. Willis.  At the other end of that street you were getting close to the Liverpool workshops of the Willis Organ makers, very much a leading firm.  In the 19th Century, one of the early founding family, Edwin Willis, who moved up to Liverpool, in 1881 was still in London, living next door to Karl Marx.

A man much admired and followed by the two activist Corbyn brothers but rejected by Robert Conquest and those who prefer his line of thinking on what real socialism means.  Mrs. Thatcher was a shop girl who went on to higher things and poor Cilla was often criticised by media and pop people for giving her some support.

But one of the thinkers who shaped Mrs. Thatcher's views of international affairs and the reality of the historical background was Robert Conquest.  Indeed Conquest's work and its influence on so many people in the free world and on perceptions of the USSR, communism and its socialist outriders was critical to much of the course of late 20th Century history.

There is a good deal of Willis organ playing at this year's BBC Proms. if I listen to any perhaps I will raise a glass to Robert and Cilla, but not to Jeremy.