Nessun Dorma None Shall Sleep 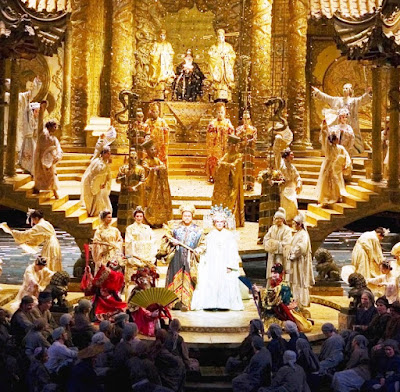 For some time it has been one of the mantras of our Prime Ministers, other politicians and persons high in government and commerce to proclaim that "Britain is open for business".  As a result we have agreed to the sell offs of major sectors of our economy, private and public, to foreign ownership.

The late former Prime Minister, Harold Macmillan once said of some of this that "It is selling the family silver", but he was talking only of sales within the UK of largely then public sector assets.  He was said to be a Conservative, although where we would place him now is not so certain.

More recently it is not just the family silver that has gone.  By one means or another we have mortgaged the property in deals we can never repay, pawned many of our possessions, sold others at rock bottom prices to anyone willing to pay a big enough bribe to those in power and in the know and sold our children into debt slavery.

Among those from abroad who have managed to either stack away a lot of loot or to have imaginative financial systems making money that does not exist but people, notably politicians, are willing to accept are Chinese agencies.

Our ancestors may have been reluctant to Kow Tow to the old Emperors of China but our lords and masters have been happy to fling themselves to the floor when the Chinese money men arrive with wonderful promises of riches and fortunes.

China has indeed made astonishing changes in the most recent decades in the way it has urbanised and transformed the economy.  There are problems, notably the air pollution in the cities which is beginning to spread around the planet, but the chief one has been that the finance and control has been opaque and complex beyond understanding.

For a little time now the doomsters have been suggesting that all was not as well as it seemed to be and the vast structures of finance, critically involved in the large structures of urban growth, do not have the firm foundations that should be there.  One recent choice example is in The Bahamas, one of the many in the area of the Caribbean which has seen inflows of Chinese money.

In March the Mail had a big story about the mega resort being built in The Bahamas coming in at £3 billion plus.  It is the Baha Mar project at Cable Beach, New Providence, a place where I have toasted the toes a time or two.  The Bahamas now has a population of near 400,000, up from around 100,000 in 1960.

It has had minimal industry, little agriculture and the economy is highly dependent on tourism and financial services as an early tax haven.  The capital, Nassau, is a short flight from Miami, which is of great help to all those flights of American money of one sort or another.

The scale and nature of it at Cable Beach is here in all the purple prose the Mail could muster in a major piece of puff, failing to mention that there were serious problems.  I wonder who paid who for this one?

The latest Nassau item from the "Tribune" in the Bahamas gives an insight in the present situation at Baha Mar.  If interested it is worth scanning the comments for some local feeling.  What has been happening is that a key agency in the project has gone bankrupt, Chinese contractors are involved and there is now a flurry of legal cases in the USA.

There are many uncertainties and gaps in the system.  There seem to be issues over who owes which land, who owes who money and what contract applies to what part of the project.  The detail is mystifying and obscure and may take years to sort out if ever.

But in the scale of it, this is simply one project of many around the world that depends on Chinese money.  At present the UK government are bent on handing over vast sums of money for the Hinckley Point nuclear project that involves a French reactor that does not work properly, par for the course.

Does anyone know how much of our economy now is crucially linked and reliant on Chinese money?   Because if they do not and the present problems worsen to any degree we are in very real trouble.