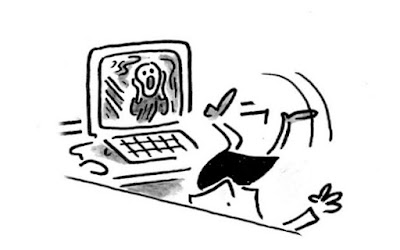 In our modern world an oft told tale is one of problems with the computer.  Not just the little things we have at home which cannot tolerate updates and unlucky errors but the bigger ones on which so much of our lives now depend.

Recently, the disturbing and nasty business of the Post Office computer system whose internal glitches resulting from revisions and trying to marry new functions with old systems etc. resulted in a slaughter of innocents among the postmasters of small offices who had problems with the accounts.

There is some feeling in this because lately I had problems with an august and high status organisation using a service which sent its payments to I think one of the outer galaxies.  As one of my few talents is being a deleted nuisance who knows how to look for a weakness it was dealt with.

But only eventually and after something of a slogging match.  The poor postmasters who went to gaol on the basis of what is alleged to be false evidence and refusal to produce information, as well as those bankrupted and suffering heavy losses had few to listen or to help.  Then there is the suicide.

Also, they could not get at the essential information.  The Post Office claims that they investigated and found no problems and the government have accepted this and retailed it as the most convenient answer, given the potential for damages.

"Private Eye" to its credit has been nagging away for some time but the other media has not.  But if this conduct is now almost the norm and the effect of cut price software from crony contracts, corruption, poor maintenance, lack of will to pay the price of new robust systems and do it properly is the stream of breakdowns, costly blunders which others pay for, and the rest, then we need to be wary.

Because there is a big one out there waiting to happen.  If it does all that has gone before will be small fry as we all roast in the fires of the collapse of payments, transactions, savings and the lot.  This is a little long but not much and very easy to understand.

Perhaps at the supermarket, when the ATM finally does get repaired, I might tap in my pass code and bring the world to an end.