The Chilcot Report, Enough Is Enough 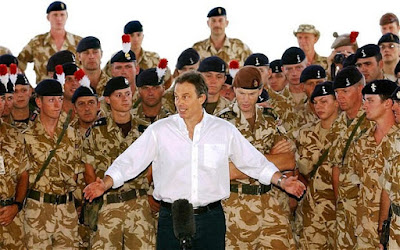 The row over the long delayed release of a report by Sir John Chilcot on the Iraq War of 2003, Operation Telic, and events before and after has surfaced again.  The families of the fallen and injured have threatened legal action unless progress is made.  General Sir Michael Rose, who opposed the war is supporting them.

Personally, I was on record at the time as against the war.  It was not just political arising from my distaste for the Tony Blair regime.  My view was that on the figures I was seeing in terms of the logistics it was going to be a botch job that had a high risk of going badly wrong.  Old tankies never die they just complain away.

The long delay is put down to what is called "Maxwellisation", that is that a proposed report should allow confidential reference to and comment by those mentioned and involved.  It is to satisfy the legal issues that may arise. In the case of Chilcot this has become protracted and complicated.

Given that the Blair government was essentially one of lawyers, for lawyers and by lawyers this is not surprising, and Mrs. Blair, lest we forget is a Human Rights lawyer who operates at the highest levels and at the highest cost to the community.  For people of this ilk the dead and the injured are just collateral casualties on their road to political nirvana.

This group are never going to allow a published report if they can prevent it from saying that they were at fault in any way and for any reason.  This is not just because it might leave them open to action but because it would impact on their current activity and standing.

The report might well take the view that the Blair cabal that went into the war were incompetent, incapable of proper analysis and appreciation of intelligence, did not understand logistics and failed to see the operational dangers and risks in either military terms or the political situation on the ground in Iraq.

A real question is just how much did Blair follow George W.Bush or how much did he do to lead him into the mire?  The American dimension may be a source of difficulty in that if Blair etc. had such a key role in leading to the invasion, does this make them liable in the USA?

The one certainty we do have is that Parliament and the public were misled and misinformed.  How far that was deliberate and culpable deceit is a matter that the Report might help understand.  How far it may have been haste, stupidity and arrogance is a matter for real discussion.

But if we are looking for precedents for Cameron and the cabinet there is one I would recommend.  It is from one of the heroes of our history, a man formidable in battle, as a general and in politics.  It is Arthur Wellesley, Duke of Wellington.

Publish and be damned.