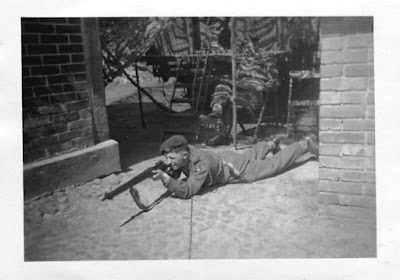 The problems in the parts of the former Soviet Union have not gone away for summer, they just carry on being less reported.  One matter that crops up which is seriously worrying is the question of the EU chiefs interfering and dragging in NATO, that leftover from the Cold War.

If there is one good way to trigger a disastrous conflict that ruins all and wrecks nations and peoples it is putting uncontrolled power into the hands of ignorant fools who are consumed with their own arrogance who then call on Generals and military who want to make a name for themselves.

Is there cause for alarm in what is claimed to be happening out there in and around the Ukraine?  Are these people serious or is it just unthinking posturing?  If there is a complex continuing situation in the Ukraine and area born of long history and contesting peoples why do they think they can cure it with empty threats and emptier promises?

It is one thing to play political and diplomatic games which are part and parcel of what goes on normally.  But upping the ante to wheel out what is left of the European military to stage a few military exercises if only to impress the natives or at least the Corporates is asking for something to go badly wrong.

We have been here before notably in 1954.  This article in interesting as it attempts to put a gloss on major military exercises mounted by The West shortly after the death of Stalin when it was assumed that the Soviet Union would be falling into disarray and division.  Unlike other military exercises which were classified secret or higher in purpose and form Battle Royal was fully publicised.

The results were very curious.  Whilst what went on at the political and General Staff levels was claimed to be good and first class what was actually happening out there in the field was a shambles.  When the British formations staggered back to barracks after a few days in benign weather conditions they were not in good shape.

Worse was to come because the upshot was a series of larger and smaller exercises to follow up to see if it could all be improved and to determine how capable the Army really was.  These did not end well and a large scale exercise in December 1955 in full winter conditions made it clear that if indeed the Soviet Third Shock Army decided to move to the West we could not stop them.

If anything this blustering by the West may well have concentrated minds in Moscow to retain unity of purpose.  The equipment was not up to it, the men, largely conscript in the lowest ranks, were not, the support services were grossly inadequate.  These were all factors in the Suez Crisis debacle.

The consequences in the next few years were a radical reshaping of the military, new equipment on a major scale and new strategies.  What was clear that in terms of conventional warfare the West did not have a chance.

Europe now has a collection of armies that are very limited in the capability to withstand any campaign or effort that could last even months and not years.  Nor do they have the ability to raise or train larger numbers suddenly.  Nor are they a coherent force together and nor do they have the stock of equipment and materials to last any time in the field.

Cameron The Nudging Behaviourist who has been making it clear on many subjects that he cannot make anything clear needs to get the bits of his brain together to tell the EU to put up, shut up and the UK will not be going anywhere near the Ukraine and may even support Putin.