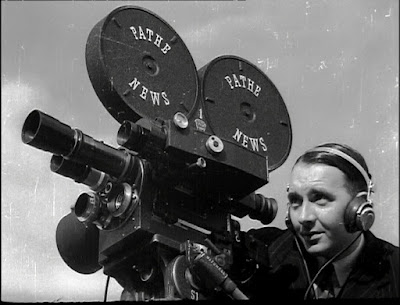 Tonight I will be paying full attention to and concentrating the force of what is left of my mind on the Capital One Cup match, Barnsley v Everton.  These are two football grounds at which I have had the pleasure of being in the Directors' Box with the local good and the great.

It was a long time ago.  Barnsley F.C., as you might expect, was the one with more class. The tea was strong, quality leaf brewed with proper milk and sugar.  After the game a good range of drinks was provided freely by a Minister of the Crown.  In those happier days we had real Peoples Quantitative Easing.

At Everton F.C., for the uninitiated in Liverpool near the Anfield Cemetery and Stanley Park, it was the cheap new tea bags, powdered milk and strong saccharine pills with a stiff mark up on the drinks you had to buy later.  The local politicians huddled together in a corner to do some confidential plotting and fixing away from intrusive media and other nosy people with inconvenient ideas about public interest.

One urgent matter was stopping any idea of allowing container shipping into the Mersey to protect the jobs of the dockers.  Then there were the next districts of good Victorian housing to be flattened to give work to the most generous property developers.  Also, how to squeeze more business rates to avoid putting up council house rents.   All of these vital to keeping Liverpool great.

I was younger than these groups of men, the movers and shakers of that period and born generally in the first third of the 20th Century.  Their basic ideas, beliefs, experience, prejudices and reactions etc. reflected their age and how their world had been.  But now in the 1970's the world around them had changed radically and the pace of it was increasing.

Most did not realise what was happening, almost all did not understand the drivers of that change and what it might or might not lead to.  So too often, conditioned by their thinking they opted to take directions that were the "might not" with bad results.  This was not confined to the old industrial areas it was prevalent in others as well.

Essentially, this happened again as the next generation took over another where those at the top in politics and government operated with ideas related to a past that was disappearing at a time when the number of new challenges was increasing.  The "new" that was supposed to be was too often an already discredited system imposed on an increasingly alien present.

Moving on to our present times, the same has happened yet again.  We can look back in history to other periods and see time and time again when ruling groups seriously misread their presents because of their notions of the past.  It is arguable that many of wars, disasters and disruptions are owed to little understanding and less sense of ruling groups.

But a particular disadvantage of the present and one that does impose the past on current thinking is the amount and variety of visual and other archive material that affects present policy.  Generations of the past were able to shake off more of their past because it was so little available.  We can relive the ideas and notions of half a century ago at the flick of a switch.

In fact our present seems so saddled with that past that our rulers and most of us cannot even begin to think in terms of the present.  This is because the present that the media offers us is a shoddy limited one of sensation and instant news.  As the preconceptions of this are governed by the visual past we cannot see the present.

If this is the case then the price we will pay will be a heavy one.