Now Is The Winter? 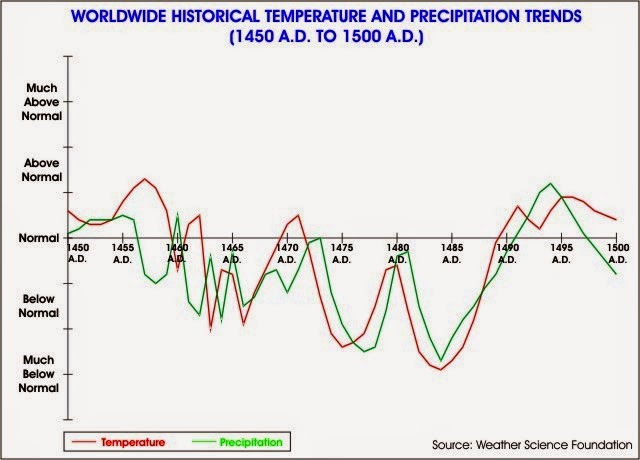 Beaten to the draw by family, Newgate News and media reports on the subject of the Bardarbunga Volcano in Iceland having a nasty itch, there is plenty out there to look at and wonder.

Will it be small (cue media on misery stalks the airports), moderate, (cue media in total panic mode), or large (cue time to say your prayers to the relevant deities)?

According to the sources the last big one from this volcano was in the year 1477.  With our present interest in King Richard III who was then a very ambitious Duke of Gloucester it makes an interesting coincidence.  He lived in busy times.

What the histories do not seem to say much about is what impact this geophysical event on weather, crops and the rest, notably on population and survival among the poorer classes.  We have only scraps of information.  But what we do know is that a run of bad winters meant disaster in that age.

How this would be then compared with now is difficult to estimate, or to predict especially in detail in terms of effect, location and overall economic implications.  One major issue is who will be making the key decisions and how which brings us to the politics and the politicians.

In this context, Diane Coyle in her blog "The Enlightened Economist" in the post of Tuesday 19 August deals with the question of decision making in "Mission Impossibility".  It offers the uncomfortable thought that it may not be possible to make the right decisions in terms of what voters may want.

Kenneth J. Arrow's path breaking "impossibility theorem" was a watershed innovation in the history of welfare economics, voting theory, and collective choice, demonstrating that there is no voting rule that satisfies the four desirable axioms of decisiveness, consensus, non-dictatorship, and independence.

The last quarter of the 15th Century was a time when a good many wrong choices were made.  Quite how far climate conditions had much, if any, effect is not known.

What we can be sure of is if there is a big one the chances are it could mean a bad winter or two or three and our systems of government and the men who run them are neither prepared nor capable of dealing with the, literal, fall out.

What is worse is that if Keith Arrow is right it is not possible for them to make the right decisions in the fields in which they operate.

If it is really cold, then we might be able to walk or ski from Dover to Calais.