A Little Bit Of History Part One 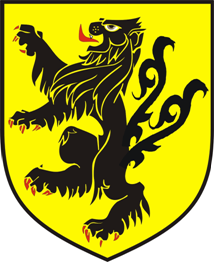 In recent years there has been a great deal of fiction, non-fiction, TV and other drama about the Tudors and the times before, including that of King Richard III.

In these and in many histories the needs of the media and the academic formats etc. leave out a great deal, notably of the detail and the many lesser but often critical people involved.

This is the first of two posts about families at the centre of all that happened and who played a major role.

Lionel was born in 1406, was Knighted at Leicester in 1426 with King Henry VI, by John, Duke of Bedford, the third son of King Henry IV, and became a Knight of the Garter in 1456, with a stall in St. Georges Chapel at Windsor Castle, and his banner above it.  As major supporters of the Lancastrian faction during the Wars of the Roses, the family were deeply involved in the developing conflict.

The “Roses” have come to be a myth about it being a contest between Lancashire and Yorkshire.  In fact the Dukes and Earls of Lancaster had their main base at Pontefract Castle, and the Honour of Pontefract, their major holding was a substantial territory in mid Yorkshire.  Similarly the Dukes of York had major inherited holdings in Lancashire.

Both of the Sir Roberts’ died in the same year, 1424.  The elder Sir Robert was a trusted retainer of both John of Gaunt, Duke of Lancaster, and his son, Henry, later King Henry IV.  He was Constable of Pontefract Castle at the time of the imprisonment and subsequent death of King Richard II there.

He was a close adviser to King Henry IV (Bolingbroke), and during the period of Bolingbroke’s exile from England, went with him on the Crusade of Lithuania where they rode with the Teutonic Knights, a major military order, and developed the military skills for the eventual coup that displaced King Richard II.  After the Battle of Agincourt, the Duke of Orleans was kept there for a time, but allowed parole to hunt and visit the local magnates.

Lionel was with King Henry V in France in 1430, summoned to Parliament in 1432 and was a royal councillor from 1434.  From 1437 to 1444 he was Lieutenant of Ireland.  His marriage to Margaret, widow of the John, Duke of Exeter, married him into the royal family (see below), and in 1451 to 1455 he was Lieutenant of Calais with Edmund Beaufort, his brother-ion-law.

On 13 May 1457 Lionel was elected Knight of the Garter.  He took the Lancastrian Oath of Allegiance in 1459 and was with Margaret of Anjou, The Queen at the Battle of St. Albans in 1461, and then at Towton (see below).

There were five children of the marriage of Lionel and Cecilia Waterton:

After the death of Cecily, Lionel married Margaret, daughter of Sir John Beauchamp of Bletsoe, a branch of the Beauchamp family of the Earls of Warwick.  Lionel and Margaret had a son, John de Welles, see below.  Margaret was the widow of John Beaufort, Duke of Somerset, and grandson of John of Gaunt, and Duke of Lancaster, the 4th son of King Edward III.

So Lionel became step-father to Margaret’s daughter by her first husband, the Margaret Beaufort who married Owen Tudor at a young age and whose son Henry became Earl of Richmond and then in 1485 at the Battle of Bosworth he overthrew King Richard III to become King Henry VII.

In 1461 at the Battle of Towton, near Tadcaster where 30,000 are said to have died, the greatest known total in any battle on British soil, Lionel was killed and was buried in the magnificent Waterton tomb at Methley with his first wife Cecilia and her grandparents.

Richard de Welles, Lord Welles, married firstly, Joan, daughter of Robert, Lord Willoughby of Eresby, and left no known issue.  His second wife, Margaret, daughter of Lord Strangeways, was the mother of his son, Robert de Welles, and a daughter, Joane.  Lord Strangeways was beheaded at Huntingdon together with his brother-in-law, a Dymoke.

Robert de Welles married Elizabeth, daughter of Lord Bourchier, but was executed at Doncaster in 1470, without issue.  His father, Richard, died at the Battle of Loose Coat Field in 1471.  Joane married firstly, Sir Richard Pigot, and secondly Sir Richard Hastings, who later took the Welles title.

John de Welles fled to Brittany when King Richard III usurped the throne in 1483 from King Edward V, one of the Princes who died in The Tower.  John returned in 1485 as part of the expedition when King Henry VII took the throne at the battle of Bosworth.

John was rewarded with the title of Viscount and a marriage to Cecily, a daughter of King Edward IV, but died without issue, and is buried with Cecily in Westminster Abbey.  In 1532 the title Lord Welles fell into abeyance, no descendants being in a position of enough political power or wealth to persuade King Henry VIII for the grant of title.

Part 2 will deal with the family of Carew of Beddington.