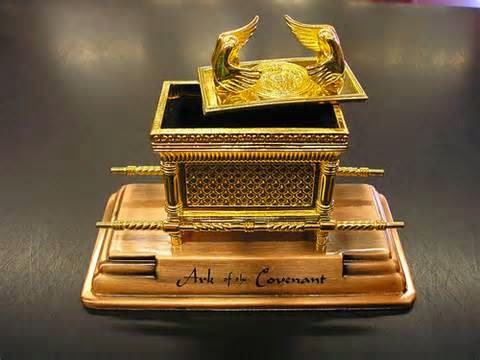 The Crusades that had been a central issue in the minds of the elites of Western Christendom were fought for a number of reasons that often changed between the beginning and end of a Crusade.  The casus belli, however, was the question of the guardianship of the Holy Places after the Muslim’s had swept over the lands of Palestine.

This was not a simple matter, for the Holy Places also had come to be in other Christian hands, the Eastern Orthodox Churches, the Coptics, the Aramaic Christians, and others, who did not owe allegiance to the Pope.  This issue was still alive in the 19th Century when the disputes leading to the Crimean War irrupted in 1853 and went on until 1856, sparked by a squabble between denominations in Jerusalem over who should hold what keys to which Holy Place.

The linking of the travails of a legendary migrating tribe of Scotti to their ultimate destination with the wandering of the Biblical Jews in exile is not calculated simply to bring a tear to the Papal eye.  It has to be taken as a bid by the King and nobles in Scotland to be given the Blessing of being the bringers and saviours of Christianity in the North and almost the first Christians.  It means that those who lay claim to be Scots are the only possible guardians of the Holy Places in the North, Iona and the rest.

The past is littered with racial claims, alleged histories and tales whose appeal owes much to human inventiveness and imagination.  In our own age films are often economic with the truth if it gets in the way of the story.  A brave and resourceful Scottish officer on the “Titanic”; honoured by a statue in his home town; is traduced in film as a stock English villain.  We need to preserve our critical faculties in dealing with claims about past.

The ancient Scotti were not confined to Scotland at the end of any migrations.  By place name and by name analysis they were littered across England as well.  The past is another country, recent scientific archaeological research is showing that very many long held assumptions and theories are untenable.

All others, the British (does this mean Celts?) who have been driven out, the destroyed Picts, and the recent troublesome neighbours are tainted with recent paganism and questionable attitudes.  The calculated vagueness of much of this is of interest.  The boundaries of the two Kingdoms of England and Scotland were not settled until after 1320, both sides having broader claims.

The implication of the Scots claim to be the true Christian Guardians might entail that the Holy Places of Lindisfarne with its links to Melrose, Durham, Jarrow, Whitby, Furness, Calder, Lansercost and others in the ancient territory of the Kingdom of Northumbria properly should be in the care of the King of Scots.

There are other questions, although one must very careful indeed of exporting the moral values of the present into the past.  For someone who has lived for most of the twentieth century some of the remarks cause acute discomfort.  For the essence of a new found nationality to be based not on a gathering or community of Christian souls but on the driving out (ethnic cleansing?) of the old British (Celts?) and the destruction (genocide?) of the Picts.  The Declaration then complains bitterly of the troubles with Norse, Danes, and English.

Even in 1320 it must have been evident that communities of Scandinavian origin still existed in Scotland, as well as other groups connected to communities in England.  Indeed, the document creates an English race where none existed as a provenance of a defined ethnic race of Scots.  If the Declaration is unique in any way it is as one of the earliest examples in Europe of attempting to create a national identity on a foundation of notional ethnic purity and hatred.

Clause Four
A Plea From The Heart

Perhaps it is in this clause that the voice of Abbot Bernard de Linton might be heard, backed by a Cistercian choir.  The hill country of the centre of the North might enable small groups of raiding parties, but any larger forces would have either the East Coast route to take or the West Coast depending on the tactics adopted.  For the Scots raiding South the East offered better booty, whereas the West was better only if the main attack had to be directed against the Northern Lords of the West.

For the Kings of England the West was better suited to a smaller Army that could draw mainly on the Northern Lords for its substance, and act as a rapid strike force.  The East was a better route for larger complex Armies from England because of the logistics, and tended to be most used.  This meant that when an Army from England moved into the Central Lowlands the lands of East Linton and Newbattle lay directly in their path, and any with a motive would take advantage of this vulnerability.

A number of the incursions from England were a response to the raiding and captive taking of the Scots.  Revenge was a motive and the ordinary Norman preference for taking manors intact to be realised as future assets might well be put aside in favour of applying the destructive tactics of the Scots to the Scots in reprisal.

Additionally, the use of numbers of continental mercenaries by the Kings of England would have contributed to the damage.  The mercenaries did not take the long term view of capital appreciation.  The family lands of de Linton lying directly in their path would have suffered more than most.

In the Old Testament The Books of Samuel and Kings deal with King David, his many wars and all the smiting of hips and thighs of the Philistines, Syrians, and Amalekites.  King Robert de Brus owed his throne to the descent from St. David, King of Scotland, and could call his House that of David.

This point of reference does not need to go the extent of describing the Kings Edward and their subjects as the creatures of Satan and the bringers of heresy.  To a Pope who was a party to allegations against the Templars and had entertained the persecution of the Spiritual Franciscans the line of argument was almost standard procedure for the more bitter disputes of the period.

It was a well-worn tactic to try to have your enemy excommunicated or to have an anathema preached against him.  It was a superior tactic to show them as unfit to rule a Christian Kingdom.  King Robert de Brus had been on the wrong end of the former under Pope Clement V at the bidding of the King of England and in the situation of 1320 a tit for tat complaint was only to be expected.

The notion of Scotland being a land at peace with itself before King Edward I arrived is in conflict with the historical evidence, even of the period, and does not sit easily with the claims of the second paragraph, but diplomatic submissions are rarely troubled by a quest for historical truth.  For Cistercians such as St. Bernard of Clairvaux in his 1146 Call to Crusade the Work of God should not be impeded by inconvenient facts.

The essence of the clause is the matter of the Good and the Bad.  If I am good, then you have to be bad.  In the way of the world at the time there were no shades of grey.  If my appeal to the Pope against you is to gain sway then I, my kin, and my servants, have to be good, indeed especially good, and you and yours have to be bad, really bad.  To misquote “1066 And All That”, then I am romantic and right whilst you are revolting and wrong.  As well as Good and Bad it is a matter of In and Out.

In 1320 the bid was for King Robert to be the King that was In and Good, and for King Edward II to be the King to be Out and Bad.  For seven years it remained, then Edward was murdered, perhaps by means of a hot poker pushed per rectum through his entrails at Berkeley Castle while his minder was at a meeting.  His Despencer favourite was dismembered on a hill outside Warwick and his remains nailed to the doors of Parish Churches as a Medieval form of instant communication.

Out of it all The King of Scots got his recognition, and the hand of a daughter of King Edward II for his son and heir, but little else.  Berwick became an English Borough, the Earldom of Northumberland remained with the boy King Edward III until 1377 when the Percy’s won it, and soon the round of raiding and counter raiding over the Borders, the dance of death, would begin again as the cash ran out, the weather worsened, and the plague arrived.

And the Mowbray’s moved closer to the throne of England.