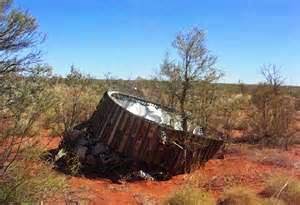 So often in what is delivered to us as our "history" leaves out and forgets some of the crucial elements.  The article linked below is careful to stick to the brief.  What I recall is that what happened was one of the critical decisions about the future of the UK.

The British Space Programme is now remembered only by persons of advancing age.  The Baby Boomers, being young at the time and largely obsessed with other things will not recall it and other people prefer not to remember because it is inconvenient to do so.  It suggests that governments can get things badly wrong.

During the 1960's the costs and prospects of space were being weighed in the balance with other areas of the economy.  For aerospace the answer was to bet the house on Concorde, pretty, appealing to the media with the belief that it would put the UK back among the big players in aviation.

Also, there was the need to modernise and mechanise the coal industry to keep and improve our basic source of energy.  There was building bigger cargo ships for trade and the shipbuilding industry, container shipping would only be a specialist area best left to foreigners.  There was renewal and rationalisation of the motor industry to return to being one of the world leaders.

There was the textiles industry, largely cotton to be supported and electrical engineering with the emphasis on large scale projects mainly for the public sector.  Computing could only be a minor area for particular requirements and limited scientific and academic purposes.

Finally, a personal note.  We had inflicted on us a political boss who went in for prevarication, deferring decisions as a matter of course, avoiding any decision that might be unpopular, however necessary and blaming everyone but himself.

The result was he was always off course, invariably missed the targets and was likely to blow up without either warning or identifiable reasons.

We liked to call him our Yellowstreak Missile.