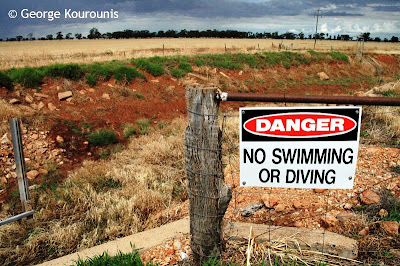 At the farm shop today there was asparagus, two weeks early to the surprise of the farmers. This was a crop grown just along the road and its early appearance has been due to the recent warm and dry weather in this area. But this might not be all good news.

While our attention is distracted by so many things, not least the knockabout politics going on ahead of elections in the UK in May we are not aware of disruptions in other places that could have wider effects.

One is the ongoing drought in Cuba and the Caribbean which is now severe. There are also water shortages elsewhere in the America’s that might have long term effects. Just how long this will continue and what the consequences might be is difficult to predict.

Again, to lurch back into distant history, it is argued that major long lasting droughts were the cause of not simply economic difficulties but the collapse of civilisations and catastrophic demographic events. If people think that this cannot happen then they ought to think again.

If dry conditions now arise in many places and cause severe problems it is not enough to argue about the potential causes. Whether it is global warming or cooling in the long term we may not know. What we do know is that if large areas with a high water demand and need do not have it then there will be trouble.

1976 cannot be remembered by around half the UK population and of the other half most have probably forgotten how close run the water supply situation became. The potential now is worse is because we have a larger population with wasteful habits many of whom are unused to the disciplines of shortage conditions.

Personally, it would suit me if we had the traditional British summer, two fine days and then a thunderstorm followed by a brisk westerly with showers for a while. I am aware that such a notion would cause the media weather forecasters to tear their hair and rend their clothes.

Under our present complex legislative system I might even be arrested and cast into gaol for causing alarm and despondency.

If so, at least it is likely that I would one of the few guaranteed a bath and access to safe drinking water.
Posted by Demetrius at 18:42