Banks For The Memory 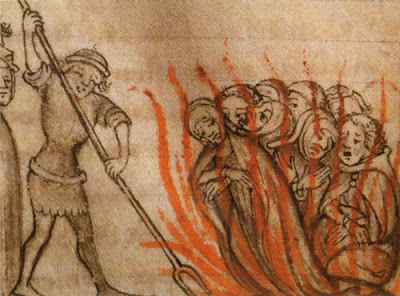 The UK and Netherlands governments are to sue the 250,000 Icelanders for the odd billion or two it cost them to compensate savers in their countries after banks based in Iceland went down the volcano crater in the financial meltdown.

Also, experts opining on the Vickers report are saying that as banking is now global and entirely international we need to help and protect them because they are so important. What this means is having huge mega banks basing their headquarters in London whose money flows may exceed those of our government.

Does this mean therefore that if they mess up again we shall be liable for all the losses of all the savers around the wide world?

There seems to be something here that our politicians, leading bankers and the Bank of England do not quite grasp. This is not surprising. Gordon Brown has told some Americans that he was not aware when he reorganised banking regulation that the failure of one bank could lead to others.

Possibly, the Treasury under Gordon Brown had not got around to it or the minutes of the relevant meeting had been lost or the person clerking the meeting had gone to get the tea when that item was discussed (been there done that).

More likely is that The Treasury did not really know what systemic risk was and thought it was something to do with Health and Safety, someone else’s job. In any case someone at the LSE told them that a student called Gaddafi had assured them that there was “no problem”.

Where pray was Ed Balls when they all needed him? Perhaps he thought that systemic risk was something you caught on a group holiday abroad or maybe along the road in Castleford during a meeting with the locals.

Out there were some fussy people who did not get the big picture who believe or not had read history books going back as far as the 1930’s and some even further back in time.

They had the idiot idea that crashes could happen again, one could lead to others and they simply did not understand that New Labour had changed the world. So it was their fault when the crash happened because they undermined confidence.

By the start of the 14th Century, the Knights Templar had become a large scale organisation who had created a proto form of international banking and finance. They also made loans to Kings at market rates, which in those days were high.

King Philip IV of France was so far in debt that his government and ambitions were crippled and in essence his actions and policies were at the beck and call of the Templars. Also, by this time the Pope and leading Churchmen were worried that the Templars could be in a dominant position.

Well, we know what happened to The Templars. The crucial matter is here is not that King Philip was not a nice man nor that Pope Clement and the Cardinals were a shifty lot. It is that neither of them wanted to be controlled by The Templars.

There was little new in this kind of thing, in 1290 King Edward I issued the Edict on the Expulsion of the Jews for much the same reasons. In 1320 in France the Crusade of the Shepherds, again expelling Jews began under King Louis X fully supported by Pope John XXII in Avignon.

History affords us many examples of such expulsions and events. It is quite a simple business. When a financial grouping establishes effective control over a host government then sooner or later there will be a nasty reaction if this results in excessive burdens of tax and laws or effective serfdom.

This is more likely when things go financially wrong or many come to believe that the money men are enslaving them. If the financial group in effect are bigger and better connected than the host government and moreover apparently foreign then anything can happen.  I do not think that the Coalition has much idea about the nature of risk and are much too close to the financial interests involved.

One thing that has happened is that the Icelanders voted to tell the foreigners that they are not going to pay.

Returning to systemic risk, this time about the geophysics of the Earth. Iceland sits on top of some twitchy volcanic vents. It is entirely possible that as in the past one or more may go pop leaving very few Icelanders to clear up the mess.

Elsewhere, one of the major debtor nations, Japan, has suffered catastrophic events in the last month. Its seismologists have now issued early warnings that the effects may impact on one or other of the twenty volcanoes in the country.

More worrying is that further north along the Kamchatka and Aleutian ranges there are a number of volcanoes, some of which are very big. There is a debate about how the Little Ice Age beginning in the early 14th Century began. There is a theory that volcanic eruptions in series in South America may have impacted on world climatic conditions.
Posted by Demetrius at 15:36